Friday The 13th cleats, a John Cena homage and more: The best of Week 7 arrivals

– The Premier League encounter ended 2-2 between Everton and Liverpool

Liverpool duo of Virgil Van Dijk and Thiago Alcantara have both been rushed to the hospital in the United Kingdom for scans to be conducted after sustaining injuries against Everton.

The Premier League game was a tough one in which Liverpool had the chance to win it after captain Jordan Henderson scored at the death, but it was ruled for an offside.

Defender Virgil Dijk played only ten minutes in the clash against Everton before he was taken out after bad tackle from goalkeeper Pickford.

The England international was lucky not to be send out of the game for clattering on Virgil Dijk in the encounter.

Ten minutes to the end of the epic clash, Richarlison was sent off for a reckless late tackle on Thiago Alcantara.

However, the former Bayern Munich midfielder managed to finish the game but has reportedly suffered swelling on his leg according to the report on UK Mirror.

“The red card from Richarlison, it’s not only a red card for Everton it’s a massive foul on Thiago as well.

“Thiago has a proper knock there, he has ice now, we don’t know what he has, it looks not good, to be honest.

“It’s not good. Virgil plays with pain but he couldn’t play on. Not good.” 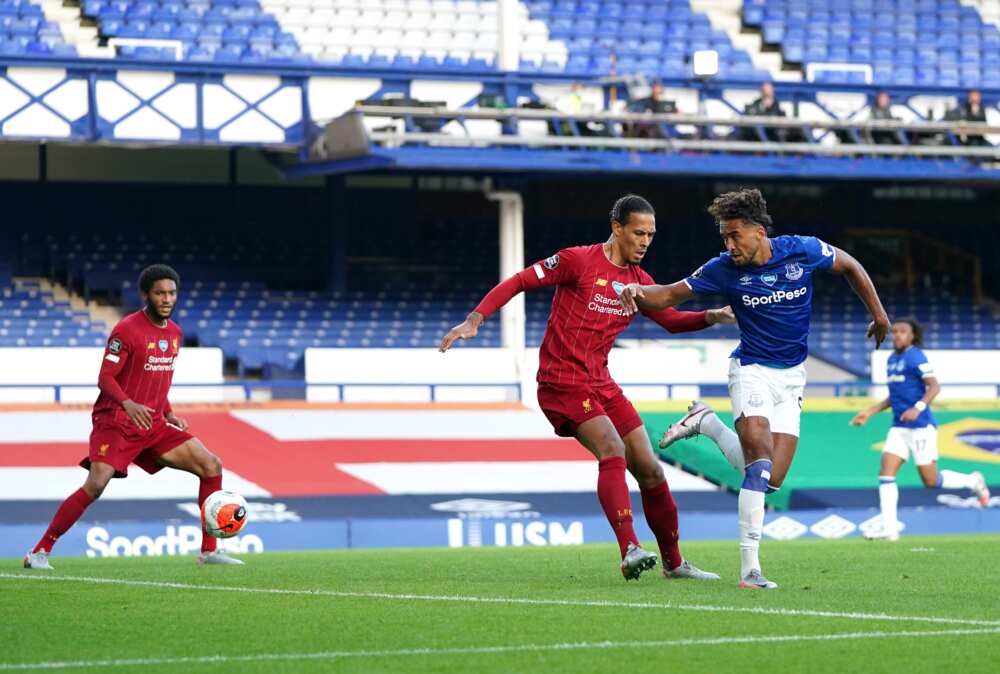 Earlier, Bioreports had reported how Everton’s unbeaten run were on the verge of coming to an end against Liverpool on Saturday afternoon, October 17, only for Jordan Henderson’s goal at the death to be disallowed in a match that ended 2-2.

Before going into this game against Liverpool, Everton had won their first four games of the season and the morale to beat Jurgen Klopp and his men was high in this tie.

But having lost their last game before facing Everton, Liverpool were determined to return to winning ways and they started the match impressively.

Senegal international Sadio Mane scored the first goal for Liverpool in the third minute after getting a clever assist from Andrew Robertson.

Kanu not working for Biafra but FG – Uwazuruike

‘Nigerian youths have been bruised, we need to heal their scars,’ says Donald Duke