Trouble for controversial Yoruba monarch as kingmakers move to dethrone him, cites what he did to Ooni, Alaafin and others

– The Oluwo of Iwo, Oba Abdulrasheed Akanbi, has come under criticism by kingmakers in Iwo, and they are demanding his removal from the throne

– In the petition, the monarch was alleged to have disrespected other monarchs and fought notable personalities within and outside Iwoland

The removal of controversial monarch, Oluwo of Iwo, Oba Abdulrasheed Akanbi, is being demanded by the kingmakers in Iwo.

The kingmakers comprising of 12 chiefs wrote a petition to Governor Gboyega Oyetola of Osun state and stated that Oba Akanbi is not representing them well.

The traditional ruler has, however, dismissed the call as a conspiracy led by his rival to the throne, saying it is dead on arrival, Premium Times reports.

In the petition, they noted that the monarch has a penchant for fighting notable personalities within and outside Iwoland

Part of the petition read:

“He insulted the Alaafin of Oyo, Oba Lamidi Adeyemi; Ooni of Ife, Oba Adeyeye Ogunwusi; Orangun of Ila, and other prominent Obas in the state.”

Oba Akanbi said that the kingmakers were only trying to distract him, adding that they had failed severally in their attempts to discredit him. 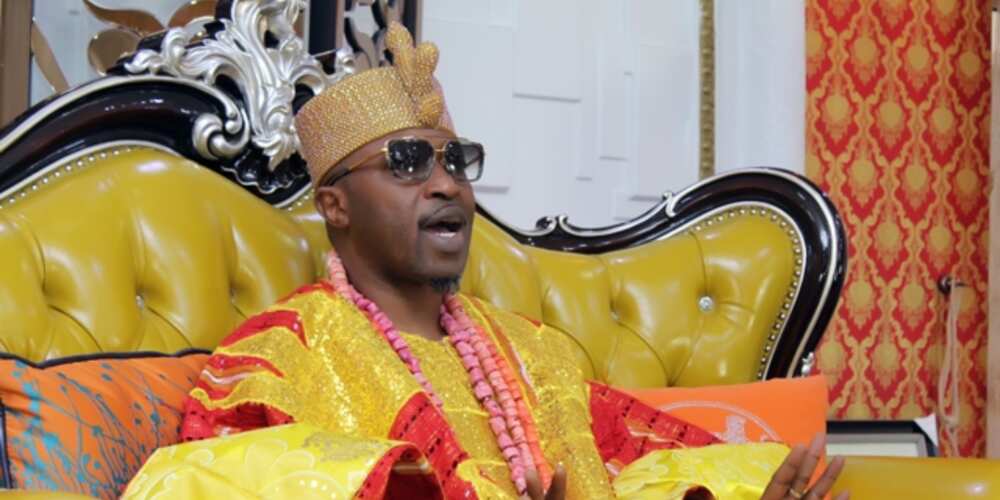 The king, who reacted to the petition through a statement by his spokesperson, Alli Ibrahim, promised to keep serving humanity.

In other news, the Oluwo of Iwo, Oba Abdulrosheed Adewale Akanbi, has got people talking on social media after dancing to Naira Marley’s Soapy at a ceremony.

In a video the traditional ruler posted on his Instagram page, he could be seen walking with an escort and some chiefs before the song was played.

As soon as the song blared out of the speakers, the king did not waste time before dancing to the popular hit.

Posting the video on his page, Oba Akanbi said a dancing king is a happy king, adding that the people of Iwo are the happiest people on earth.

This is why you must never marry a poor person if you’re rich – Nigerian man gives reasons, sounds strong warning

This is why you must never marry a poor person if you're rich - Nigerian man gives reasons, sounds strong warning

Odi leaders to Obasanjo: you’re not fit to comment on Lekki shootings