– However, in the 1991-1992 season, Barcelona won the league title despite a slow start and also won the Champion Clubs’ Cup

Atletico Madrid manager Diego Simeone earned his first ever win over Barcelona in La Liga on Saturday, November 21, as his team defeated Lionel Messi-led Barca 1-0 at the Wanda Metropolitano stadium.

But that wasn’t the only record set last night as a new report on Goal and EN24 show that Barcelona’s 1-0 loss to Atletico Madrid means they now have their worst start to a La Liga season since 1991-1992. 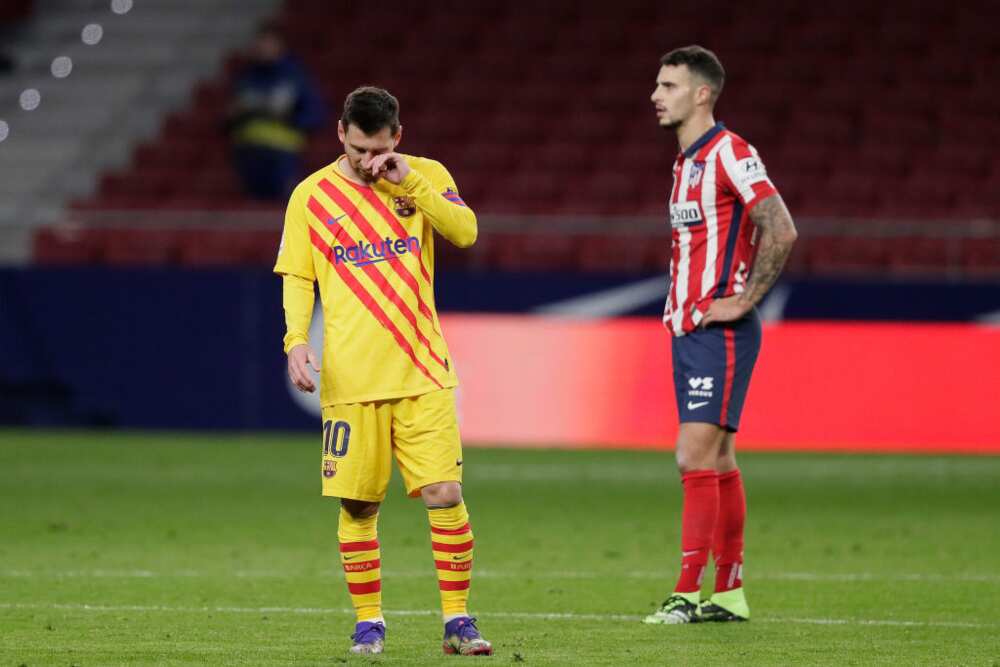 Barcelona has only 11 points after eight matches in La Liga and this is their worst start to a league season in close to 30 years.

However, the club can still be optimistic to turn their season around as they did during the 1991-1992 where they also had 11 points from eight games.

That season, Barcelona won the league title despite a slow start and also won the Champion Clubs’ Cup thanks to a goal from their present manager Ronaldo Koeman.

Ironically, Koeman also has one of the worst starts on the Barcelona bench.

Of the 48 coaches in the history of the Blaugrana club, only eleven have done worse than him after eight matches.

Earlier, Bioreports reported that amid speculation that Lionel Messi who is already in the final year of his contract with Barcelona is leaving the club, journalists received epic response from manager Ronald Koeman.

The manager who appeared frustrated when asked about the future of the Argentine legend angrily shuts down the reporters.

It is believed that Messi had a tough last season at the Camp Nou outfit and now he is already considering leaving the club amid interests from Premier League club Manchester City.

The 33-year-old threatened to leave during the summer when he formally tendered his transfer request, but the club insists that a clause exists in his contract.