The COVID-19 pandemic has made life more difficult for women and girls living with HIV, writes MOSES EMORINKEN

While the world continues to grapple with the attendant devastating health crisis caused by the ravaging covid-19 pandemic, the World Health Organization (WHO) continues to re-echo that persons with co-morbidities like HIV, tuberculosis, diabetes etc., are at a higher risk of coming down with the disease and dying.

Therefore, such vulnerable groups are advised to pay closer attention and adhere to safety measures and protocols.

However, another more destructive accomplice is the hunger ‘pandemic’; the inability of a person to get the right nutrition, thereby, terribly lowering their immune system’s effectiveness and rendering less effective any medicine they take. This is the result of poverty.

According to a report by the United Nations Children’s Fund (UNICEF), “HIV/AIDS negatively impacts on a person’s nutritional status in different ways: insufficient dietary intake, malabsorption and diarrhea, and impaired storage and altered metabolism.

“HIV/AIDS results in reduced food intake and utilisation by the body of the nutrients, while simultaneously the nutritional needs of people living with HIV/AIDS are increased because the body has to fight the virus and opportunistic infections. As little as 3-5 percent weight loss has been associated with mortality. Low body mass index (BMI) at ART initiation is also associated with increased mortality in HIV-infected adults.”

The report further stated that at the national level, viral suppression among people living with HIV aged 15–49 years stands at 42.3 percent (45.3 percent among women and 34.5 percent among men).

Mrs. Udoh used to work with a private firm as a Secretary in Lagos. After she was diagnosed positive for HIV a few years ago, due to discrimination, she lost her averagely paying job and sought financial salvation in trading fairly used clothes. She had to grapple with thick discrimination and stigma from those aware of her medical history. However, as a widow, so far, she was able to provide for herself and her family.

Life seemed to echo tales of better days. She had no problems accessing treatment from designated health facilities, courtesy the Federal Government through the National Agency for the Control of AIDS (NACA), and donations from relevant local and international partners.

However, her health and economic realities started to deteriorate in the wake of the pandemic. The lockdowns made it difficult for her to access the much needed medicines, and most importantly, her finances shrunk terribly as she could not trade her scant wears to earn a living.

“Even now, it is still difficult for me to survive because the market is no longer moving well. To make a living is now very difficult. I don’t want to resort to other less honourable means,” Udoh said as she narrated her harrowing experience of survival during the pandemic. She explained that although after the curfews and lockdowns were lifted, she was able to re-access treatment. However, she is still adversely affected economically as a result of covid-19.

Speaking with the Nation, Udoh added: “I can tell you that people living with HIV do not and can hardly afford to take good nutrition which is a support to the toxic ARV drugs we take.

“We can only plead with the government to quickly intervene as most women especially those who are living with HIV are artisans and petty traders and unfortunately have ‘eaten’ their capitals for business as a result of the covid-19.”

Having access to treatment may not be an issue, however, being able to afford the right nutrition needed to make the drugs work well and strengthen the body to absorb and utilize the medicines is critically important.

The 2018 Nigeria HIV/AIDS Indicator and Impact Survey (NAIIS) reveals that the HIV prevalence rate in Nigeria is currently 1.3 percent, which is a huge improvement from what it used to be some year ago – above 5 percent.

In December 2013, UNAIDS Programme Coordinating Board called on UNAIDS to support country- and region-led efforts to establish new targets for HIV treatment scale-up beyond 2015.

With regards to the target of ensuring that people living with HIV know their HIV status, Nigeria has recorded a good achievement of 73 percent. This, the UNAIDS has commended, but says more still needs to be done to get more people tested.

In 2014, the UNAIDS announced another ambitious 95-95-95 strategy, aiming to end the AIDS epidemic by 2030 by achieving 95 percent diagnosis among all people living with HIV (PLHIV), 95percent on antiretroviral therapy (ART) among diagnosed, and 95 percent virally suppressed (VS) among treated.

Stakeholders are unanimous in the fact that for Nigeria to achieve the UNAIDS 90-90-90 and 95-95-95 targets, there is the urgent need for the most vulnerable population – women and girls to be protected and empowered.

Covid-19 globally wrecked a lot of damages to not only countries’ economies, but also to the social, political and the health space. To curb the biting scourge of the pandemic, countries resorted to employing preservative tactics just to survive the onslaught of the ravaging disease. Lockdown was the new norm and buzzword.

This affected a lot of healthcare services, especially HIV services, as people living with HIV could not access routine care, HIV testing and diagnostics dropped, and the procurement of some life-saving medications and commodities was difficult because of the global shutdown of entry ports across countries.

School age children  stayed home for months. A United Nations Children’s Fund (UNICEF) report revealed that the rate of domestic violence and sexual abuses against women and the girl-child skyrocketed during the lockdown. Many girls were sexually abused, even in their own homes.

Aminat is only 13 years old, and is among the few girls in her village in Kano state that have been fortunate enough to complete her primary school education without being sent or ‘sold’ off to potential suitors because of the deeply rooted poverty situation in her family.

Few weeks before the lockdown, she was sent to stay with a distant relative to work as a maid while schooling at the same time. Little did she know that her life was about to change for the worse.

She became a victim of the pitiable and vexing statistics of sexual abuses during this period. Her guardian violated her for months to satisfy his inordinate cravings. She did not know whom to call for help or where to seek it. 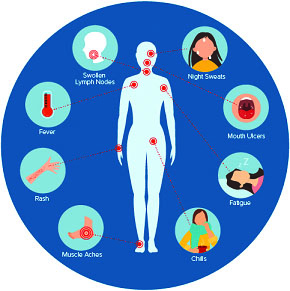 Rescued by a good neighbour who heard her cries in one of those dark times, Aminat was taken to a health facility to be properly checked. Tests result revealed that she was HIV positive, and was immediately placed on counseling, therapy and treatment.

This is just one story of how covid-19 and its attendant consequences fueled an increase in the number of new HIV infections across the country.

In its message during the 2020 World AIDS Day, the United Nations Joint Team on HIV/AIDS, said, “In 2020, the world’s attention has been dominated by the covid-19 pandemic and how pandemics affect lives and livelihoods. Covid-19 is showing once again how health is interlinked with other critical issues such as reducing inequality, human rights, gender equality, social protection and economic growth. No one is safe until everyone is safe. It is with this in mind that we consider the global theme of this year’s World AIDS Day ‘global solidarity, shared responsibility’, most appropriate.

“As Nigeria continues to battle the covid-19 pandemic, the UN Joint Team on AIDS along with partners, including communities are working to ensure steps needed to combat covid-19 while also delivering essential HIV testing, prevention and treatment services in both traditional and novel ways.

“In Nigeria, progress towards the 90-90-90 target shows that for the first 90, 73 percent of people living with HIV know their status. This is a great achievement for the country, but we need to do more. Identifying persons who are positive is urgent and becomes more challenging as we approach the last mile.”

The Director-General of NACA, Dr. Gambo Aliyu, in his remarks on World AIDS Day, stressed that the agency will pay special attention to prevent, protect, and empower (PPE) persons living with HIV, especially indigent women across the country.

“Because of that, recently we launched a project in conjunction with the Federal Ministry of Women Affairs, and supported by UNAIDS. This project is basically PPE – prevent, protect and empower. People living with HIV and AIDS find it difficult to go to facilities, collect medications and earn a living.

“We are focusing on women simply because in terms of equality, when it comes to businesses and empowerment, women are disadvantaged. I want to make sure that first of all we take care of women living with HIV and AIDS before we focus our attention to men. In the next couple of months, you will see us out in the community as early as this week flagging off this project at various communities to empower women living with HIV and AIDS who are indigent; to teach them how to do small business at community level and give them seed money to initiate those businesses.

“NACA is determined to continue until the end of the year and in 2021, to make sure that we look at the most disadvantaged people living with HIV and AIDS in communities across the country and empower them. Together we’ll be out in the community to fight stigma and discrimination to make sure that people have the courage and confidence to get tested for HIV.

The National Coordinator of the Network of People Living with HIV and AIDS in Nigeria (NEPWHAN), Abdulkadir Ibrahim, stated that, “Actually COVID-19 has impacted generally everybody, but when it comes to HIV-specifically, majority of people who bear the burden of HIV and AIDS are women – about 70 to 80 percent. Also the initial lockdown really affected access to treatment because during this period some do not even have money to go for treatment, even with approvals to essential services.

“We want the government to allocate money using government budget to also identify and empower people, and to not always rely on donor funds. You cannot eliminate HIV when people are hungry and are not empowered.”

Hill has 269 yards, 3 TDs in record day for Chiefs