– The Nigerian star has been out of action since Septe,mber after picking a groin injury

Leicester City boss Brendan Rodgers has hinted that Nigerian midfielder Wilfred Ndidi will not play a part in his side;’s Premier League action against Liverpool this weekend.

The Super Eagles star returned to training this month after recovering from a groin injury he suffered during the Foxes’ victory over Burnley in September.

He also missed the three-time AFCON 2022 qualifiers against Sierra Leone where they were forced to a draw on both legs.

Meanwhile, the 23-year-old has only made just two EPL appearances so far this campaign – missing their last 10 games in all competitions. The 47-year-old said in a pre-match press conference as reported by Goal.

“Ricardo’s in training with the group, which is great news, and he’ll most probably play in a reserve game next week. He’s progressing really well.

“Wilf is out on the field. He still has a number of weeks to go, but he’s progressing well. Soyüncu, likewise, is maybe a few weeks away, but training with the squad.”

Ndidi became an instant success at the King Power Stadium since he joined them from Belgian side Genk in 2017 and he has made over 120 Premier League appearances for them.

He has also been rated the best tackler in the EPL for back-to-back seasons but was beaten by Manchester United’s Aaron Wan-Bissaka last season. 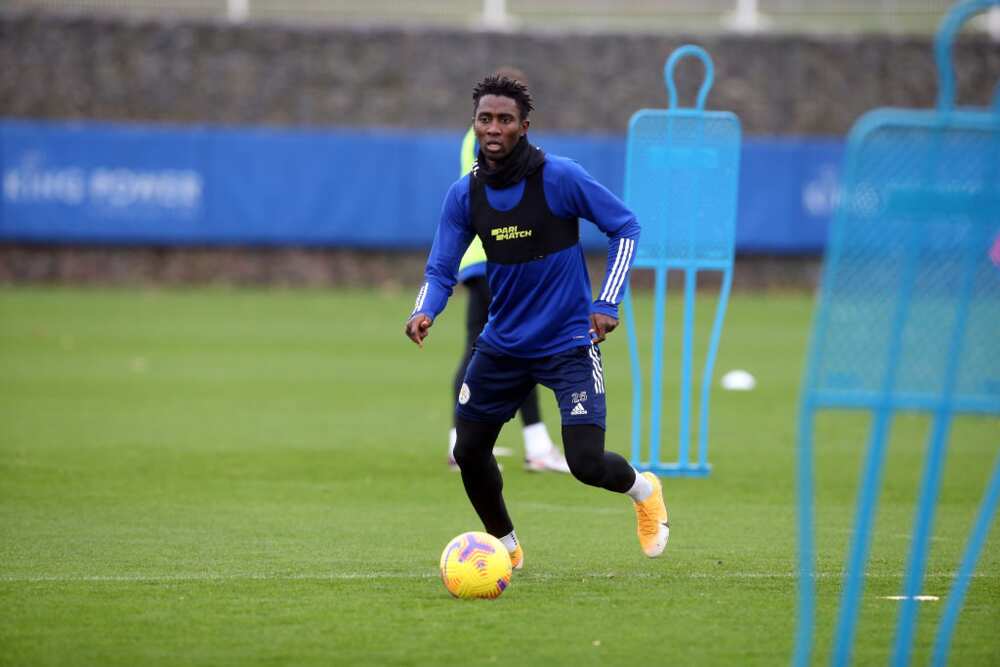 Wilfred Ndidi in Leicester City training after about 2 months on the sidelines.
Photo by Plumb Images/Leicester City.
Source: Getty Images

Chances of him contending for the recognition this campaign are slim having stayed out of action for about two months.

Bioreports earlier reported that Wilfred Ndidi has made a return to Leicester City’s training ahead of their Premier League clash against champions Liverpool on Sunday, November 22.

The Super Eagles star has been out of action for the Foxes since September after suffering an injury against Burnley in a Premier League game.

It was discovered that the midfielder needed a surgery which was successful and he is now in good frame to start playing active games.

Hoda Kotb, Thomas Rhett and More Celebrities Who Grew Their Families Through Adoption

Hoda Kotb, Thomas Rhett and More Celebrities Who Grew Their Families Through Adoption

By John Ofikhenua, Abuja At last, the lingering tussle over who owns the Aba ring-fenced area between Geometric Power and...