– When questioned about her decision, she pointed out that she wasn’t his mother

When it comes to Nigerian celebrities who bare their minds without the fear of backlash, Toke Makinwa easily comes up top on that list.

Just recently, the media personality and fashion entrepreneur took to her Twitter page to announce the release of vlog in which she talked about personal hygiene. 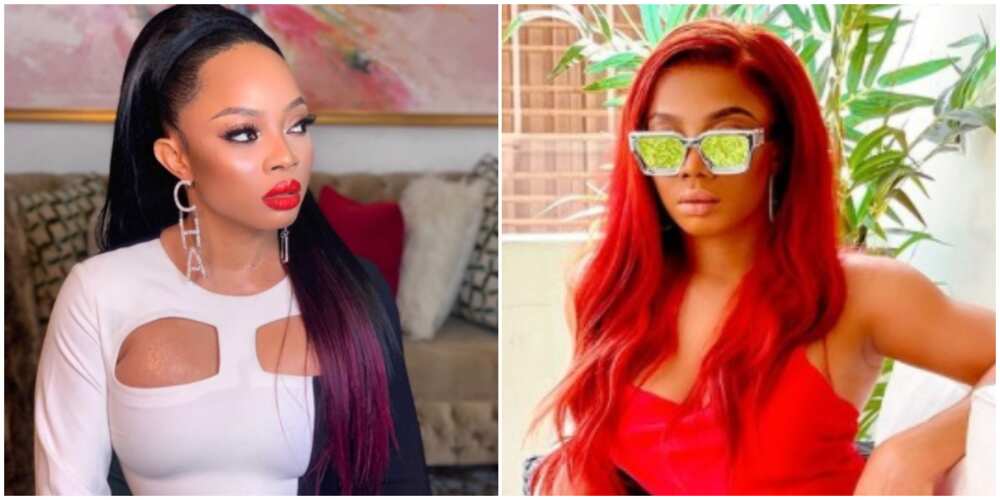 The media personality opened up about her reasons for dumping an ex-boyfriend.
Photo credit: @tokemakinwa
Source: Instagram

Sharing the link to the vlog, the 36-year-old revealed she was broke up with a guy because he lacked proper toilet hygiene.

This, however, did not sit well with a Twitter user, Onah Collins, who felt it wasn’t enough reason to break up with someone.

To this, Toke pointed out that she was neither his mother nor a rehabilitation centre.

See the exchange below:

Meanwhile, a few hours after getting dragged on social media for revealing her desire to join the close legs association, Toke Makinwa advised her fans on how to live their life unapologetically.

In a post which she shared on Twitter, the radio girl stated that people should have the courage to be disliked as public validation does not pay.

She further mentioned that even if the lane they were on is not popular, as long as they are living their truth they are good which is more than what a lot of people can boast of.

Should a Lady in a Relationship Have a Back Up Boyfriend? Street Gist Nigeria | Bioreports