– In an interview, she confirms that all the fathers of her different children abandoned her with their children

– Crime Check Foundation, who interviewed Sophia, seeks public support to help get her a sustainable form of livelihood

Sophia Koji, a 31-year-old Ghanaian lady, has revealed that she got herself in a lot of hardship after wrongfully thinking that men would take care of her.

According to a narration by the lady on Crimecheckfoundation.org, she had four children with different men but for some reason, all of them abandoned her instead of assisting her to take care of her kids.

Sophia explained that she has had to resort to living in a kiosk with all her children and starve for many days as she is unable to establish a good income flow for herself. 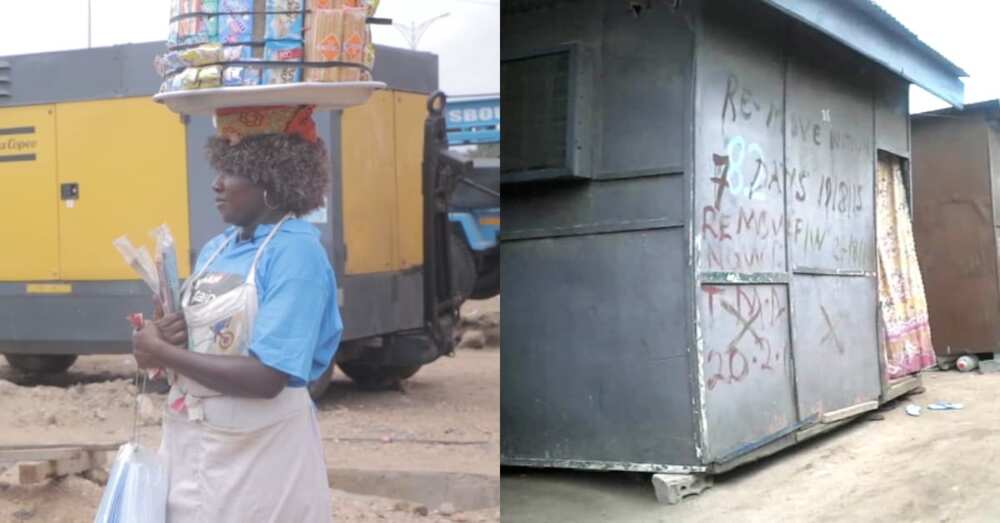 Meet Ghanaian mum of 4 living in kiosk with all kids; says her downfall was due to men
Source: Crimecheckfoundation.org, Graphic.com.gh
.

“We have been starving because the day I do not make enough sales to meet my target for the day, I give my savings to my master. Most of my items are finished but I won’t be given any if I don’t make previous payment.”

Compounding her woes, Koji who hawks for survival said her landlord of the wooden kiosk she lives in with her children, has been hostile towards her because she refused his proposal to have an amorous relationship with him.

Before concluding the session with Koji, the Crime Check Foundation was able to give out GHc 500 to the young mother to assist her to take care of the children.

It is hoped that the public will donate more to the foundation so the woes of the 31-year-old mother will be brought to a permanent end.

Meanwhile, Bioreports earlier reported that a Nigerian woman identified as Goodness has called for help after her lover abandoned her with three kids.

According to Vera, the woman who shared her video, the mother started facing maltreatment from her lover’s mother after she gave birth to her second kid.

It should be noted that all the while Goodness was staying in her mother-in-law’s house, her dowry was still unpaid. Before the runaway lover moved out without informing anyone, he had already impregnated Goodness with a third child.

Father of triplets cries out, begs Nigerians for help | Bioreports