– According to him, councilors in Lagos were being paid N500 monthly salary by Babangida

A former councilor in Lagos simply identified as Anibaba has narrated how councilorship in the state was designed when he held political office during the regime of former military head of state Ibrahim Babangida.

Anibaba, who was captured pushing truck to get feed for his cow, said his monthly salary as a councilor was N500 but his take-home was N444 after tax had been deducted. 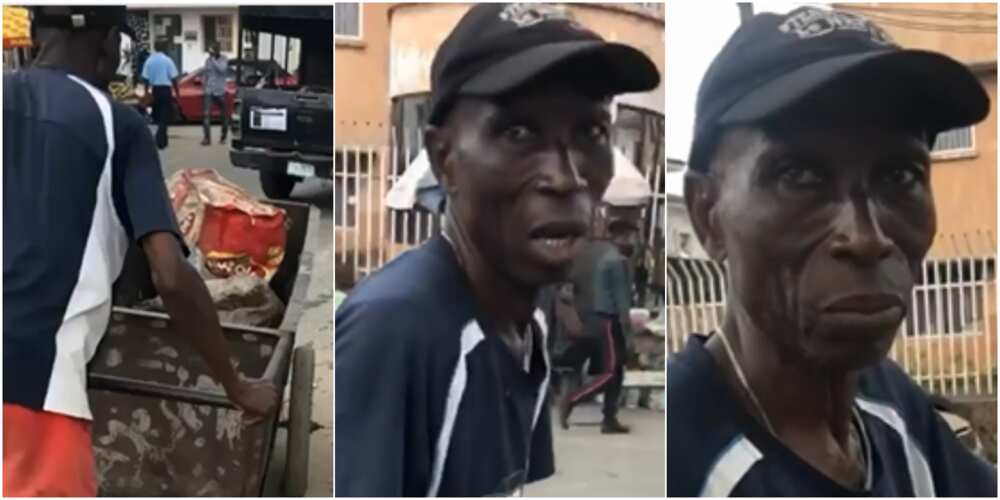 Anibaba said he was being paid N500 as monthly salary during the regime of former head of state Ibrahim Babangida.
Photo credit: Kogbagidi
Source: Instagram

According to the elderly man, some areas on the island had just one councilor as against the present day where there is a councilor for each ward in every local government.

“Babangida was the head of state. He paid us N500 as salary but our take-home was N444 after tax had been deducted.”

In other news, a Nigerian man identified as John Emeka Akude has made the country proud by making history after being elected member of the Cologne City Council (Stadtrat) in Germany.

Another politician of African origin who participated in the election, Rahab Njeri, expressed satisfaction over Akude’s victory. Njeri said though she was not elected, all Africans living in the city were winners with Akude’s victory.