The governor of Borno state, Babagana Umara Zulum, has commissioned two mega schools in low-income communities of the state.

Underprivileged pupils numbering 30,000 are being enrolled in the two schools, which were commissioned on Monday, October 26.

The educational institutions were built at Ajilari Cross in Jere and Abuja-Sheraton in Maisandari ward of Maiduguri metropolitan council. 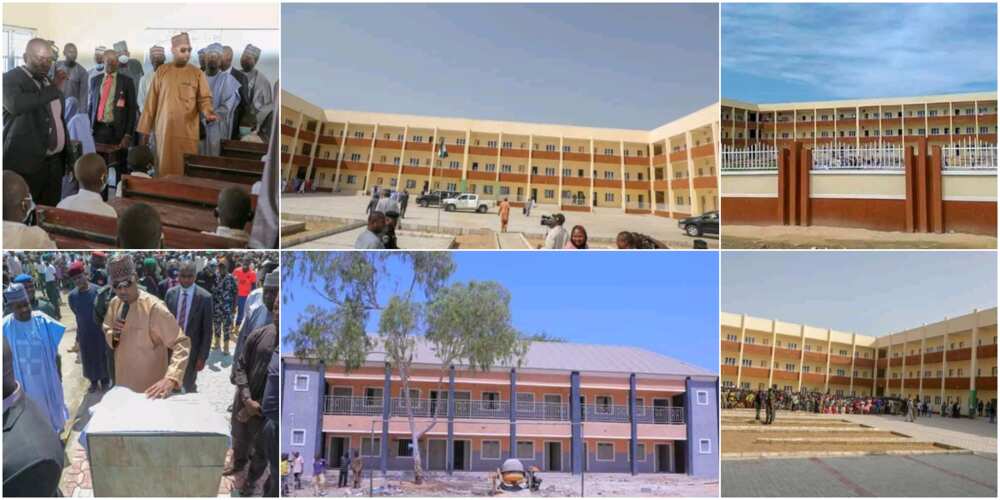 According to Northeast Reporters, each of the schools has 30 classrooms with each to accommodate between 40 to 50 pupils, meaning about 3,000 pupils in 60 classrooms.

The schools have been equipped with desks and chairs while pupils already admitted were provided free uniforms.

Zulum said the schools would be run by the communities, adding that the government would pay teachers’ salaries through the Education Trust Fund.

“In addition to this, Government is determined to maintain and sustain the school in close collaboration with community efforts in ways that will serve generations.”

Meanwhile, Bioreports previously reported that Governor Zulum further enhanced his credibility in the eyes of Nigerians when he rewarded a teacher for her punctuality.

Governor Zulum had met a teacher Obiagelli Mazi already waiting for her pupils when he visited the school around 6:30am for an on the spot assessment of the school.

Impressed by her dedication, the governor donated a cash reward of 100,000 to the teacher. The governor also approved an accelerated promotion for the teacher who had served in the state for more than 30 years.

Breaking: Super Eagles legend cries out, says he will personally lead yet another protest