After struggling through life and being homeless, woman finally secures a home, shares adorable photos f herself and her son

– When rural dwellers were asked to name what they needed from an aide to Governor Umar Ganduje of Kano state, a man identified as Mudi said he wanted donkeys

– Murtala Gwarmai, the senior special assistant to the governor on youth development empowered rural dwellers in the state with different items

A Nigerian man in Kano simply identified as Mudi was given donkeys by Governor Adullahi Ganduje of the state, Murtala Gwarmai.

In a report by bioreports, Mudi said he requested for the donkeys when Gwarmai asked rural dwellers to list what they wanted.

Bioreports notes that the beneficiary said he uses the donkeys to till his farmland and transport goods to and from the farm. 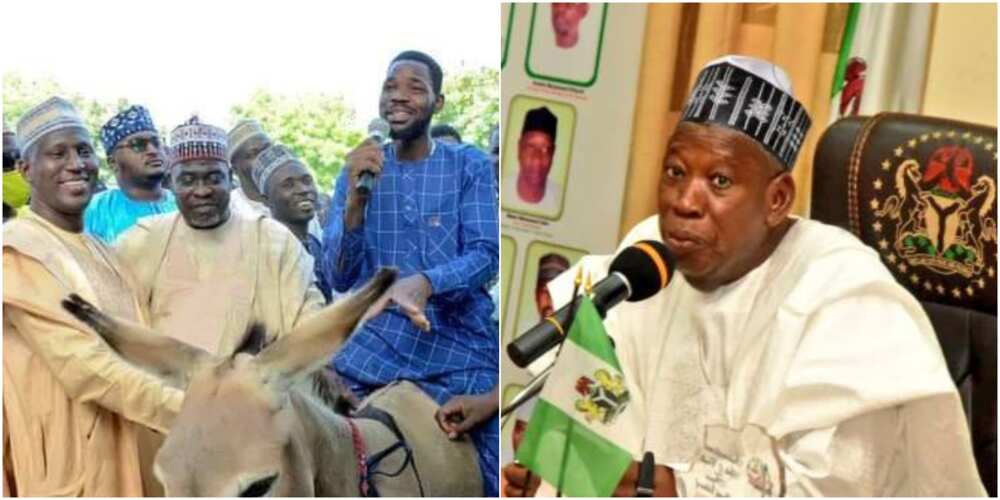 According to Mudi, donkeys are very precious these days because they are facing extinction as a result of massive exportation to China.

“I use the multi-task beast during the farming season to till land and transport goods to and from the farm.

“During the dry season when I engage in labour activities, I use it to transport sand, blocks and rocks from one point to another.”

Gwarmai, who is the the senior special assistant to the governor on youth development, also distributed motorcycles, bicycles, among others, to empower rural dwellers in the state.

In an earlier report by Bioreports, some residents of Lagos could be seen in a video riding horses around the state following the ban of Okada.

The video was shared on Twitter by a user simply identified as Ayemojubar.