– A lot of tourists have visited the village, which is connecting people to their family history

Whenever references are being made to the Igbo village in the United States, it will be a disservice to Professor Akuma-Kalu Njoku if his name is omitted.

The Igbo village was built in 2010 in the Frontier Culture Museum in Staunton, Virginia, with the help of Professor Njoku who is a renowned academic in the North American country, Face 2 Face Africa reports.

Professor Njoku was contacted in 2003 by the staff of the museum who had heard a lot about him and they wanted him to be the principal consultant for the Igbo Farm Village project. 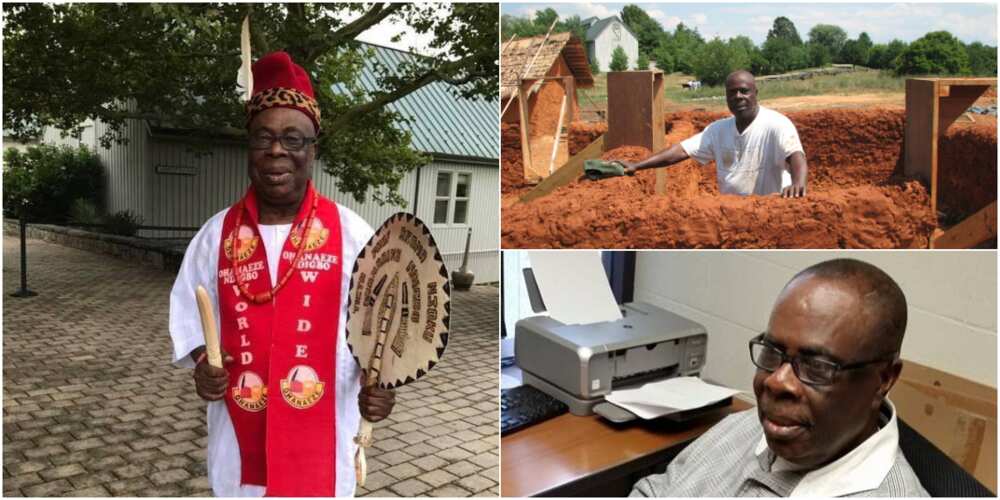 The Nigerian man decided to work with the museum and in 2004, he became the principal consultant for the project.

The village gives tourists the opportunity to learn Igbo culture in the United States as it provides a context very close to the Igbo cultural environment.

It has enabled the Igbo and African-American youths to learn more about the Igbo traditions.

People of Igbo extraction in the United States have been able to connect to their family history through the village.

In the rooms at the Igbo village, you will find clay pots, thatch mats and other artefacts imported from Nigeria.

In other news, a heartwarming video emerged on social media in which a northerner who has spent 25 years in Enugu could be seen speaking fluent Igbo as she conversed with a man from the southeast.

The unidentified woman engaged in a friendly chat with the Igbo man who asked her series of questions in the course of their conversation.

This video has shown that unity among different ethnic groups in the country should be a unique feature Nigerians should be known for.

Nigerian lady rejoices with her 2nd class honours, celebrates it like it is first class, many react (photos)