– A Nigerian lady, Tinuke Oyediran, has brought pride to her country as she broke a Guinness Book of World Records

Tinuke Oyediran is the 27-year-old latest Nigerian woman who has made her country proud. She recently recorded two feats that got her breaking world records.

Oyediran was celebrated at the 2020 Guinness World Records Day in the United Kingdom for breaking two records which she said she never thought could be possible.

The professional roller-skater was said to have broken the records for the most cartwheels on roller skates in one minute. 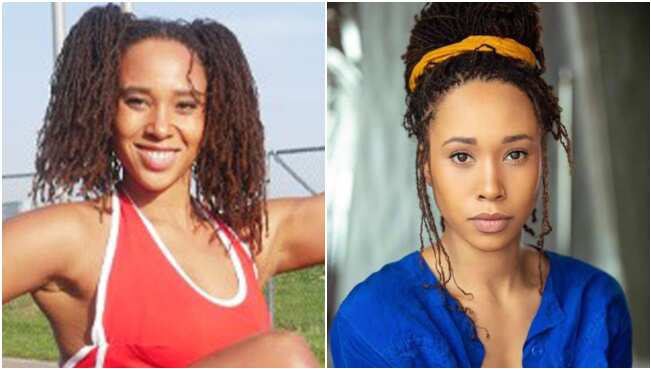 While being celebrated by the world, she was also eulogised by the Nigerian government for recording the feat and further pushing the image of the country positively.

Oyediran is reported to have graduated from the University of Liverpool.

Beating the twin records was not easy and she confirmed it.

Evening Express reports that the feat was not easy as she had to do the extra.

“Achieving both of these records has made my lockdown dreams a reality.”

According to her, only those who have struggled with lockdown like she did would understand what it means to set a challenge and achieve it.

In her excitement, she explained that she never thought she would be standing there with two Guinness World Records titles.

It is learnt that she started four years earlier at Starlight Express, a musical roller skate show in Germany.

She practised for eight hours every day for the first four months and later returned to London.

In London, Oyediran joined the company of the Marawa’s Majorettes who were world record holders.

In message commending her, the Nigerians in Diaspora Commission (NIDCOM) said:

“The 27-year-old professional roller skater broke the record for most cartwheels on roller skates.”

Bioreports earlier reported how a young Nigerian man identified as Eronmosele Ozah was recently celebrated by his peers and family after he set out to have his name in the Guinness Book of World Records.

The talented makeup artist who specialises in SFX (special effects) engaged in the longest makeup marathon which is said to have lasted for 28 hours and 45 minutes.

Nigerians are no doubt greatly talented and many of them want their skills to be recognised all over the world. One of such people is Eronmosele who is also known as Eronxshaddy.

I was a bus conductor in Lagos at weekends, returned to Ibadan for classes on Mondays | Bioreports