BBBioreports 2020 Lockdown edition winner Laycon has announced on social media that the song he featured on alongside Joeboy, titled Nobody has dropped finally. 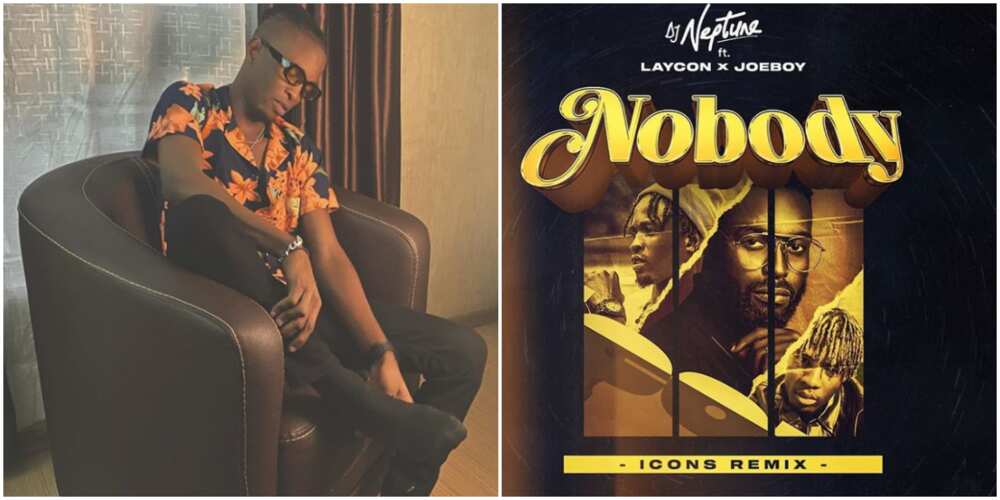 The reality star took to social media to announce to the excitement of his expectant fans.

In the post which he shared on his official Instagram page, he declared that the wait is officially over and his fans should go ahead to listen to the song.

Here’s what he simply said:

“The Wait is over!! #Icons #NobodyIconsRemix OUT @deejayneptune x @itslaycon x @joeboyofficial. LINK IN BIO”

Here’s what some of them said:

“on repeat all day.”

“Bad man Laycon BODIED everybody on Nobody #IconRemix. You too sabi.”

Meanwhile, Bioreports earlier reported that Laycon said that he would remain in Nigeria until he could leave with all his fans.

The star said this in reply to a Twitter user who claimed that other housemates were already planning to move out of the country.

The reality star also said that until it was physically possible to take all the icons with him, he would still be here with everyone.

His fans found the post hilarious. While some of them urged him to take them with him whenever he was ready to leave, others knew that he was simply joking.