– As a result of this, the terrorists have reportedly taken possession of military formations

– Also, residents claimed that mosques, hospitals and other government facilities have been taken over by the terrorists

Daily Trust is reporting that members of the Islamic State of West Africa Province (ISWAP) have hoisted their flags in many places including military outposts in New Marte and Kirenowa, the biggest town in Marte local government area of Borno state.

The news outlet reported that following the sack of the towns, residents of the area have been trapped in towns and villages.

Quoting sources, the outlet added that the terrorists have stationed their fighters in strategic locations while others are serving as police, giving directives to locals who were unable to leave places like Kirenowa and others. 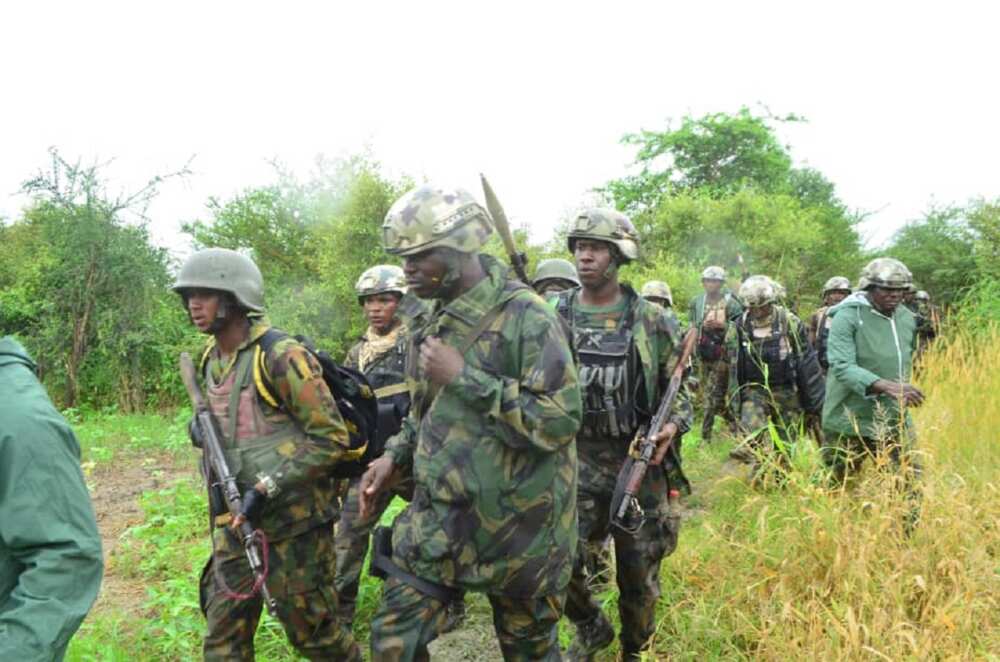 One source was reported to have said:

“The terrorists have taken people in the town hostage. They are now in control of mosques, hospitals and other government buildings.”

“They are in absolute control of Marte and environs, giving directives as to when people can go out. It is like what happened years ago when they established their territory in the outskirt of Kirenowa close to Nigeria’s border with Cameroon.

“People would have to take permission from them before doing anything. I pray that Nigerian authorities would mobilise and reclaim the town soon.”

Recall Bioreports reported that Major General Ibrahim Attahiru, the Chief of Army Staff has given Nigerian soldiers a 48-hour ultimatum to clear Boko Haram from some areas of Borno state where the terrorists still have a strong presence.

Attahiru on Sunday, February 21, addressed the troops of the Nigerian Army in Borno and gave the order.

In another development, Bioreports earlier reported that a recent statement from Tukur Buratai indicated that Nigeria’s war on insurgency may not end anytime soon.

The former chief of army staff said it may take 20 years to end the insurgency in the northeast.

Buratai made the statement on Thursday, February 18, when he was being screened by the Senate committee on foreign affairs following his nomination by President Muhammadu Buhari as an envoy.

In a similar development, Nigeria’s immediate past chief of defence staff, Abayomi Olonisakin (rtd), revealed that the country’s next warfare and crisis will be in the forests.