Rams take baton: Must ‘be great to be relevant’

Pep Guardiola who is the coach of Premier League side Manchester City has confirmed that French defender Benjamin Mendy will be out of action for the Citizens for the next 4 weeks.

Mendy has played all games for the Etihad landlords this term before he got an injury which ruled him out of the big Premier League clash against Arsenal.

And in his absence, Manchester City managed to beat the Gunners at the Etihad stadium 1-0 with England international Raheem Sterling scoring the goal.

Since joining Manchester City from Monaco in 2017, Benjamin Mendy has been superb for the Citizens winning the two Premier League titles with Pep Guardiola.

So far, the Frenchman has played 39 games for the Citizens and he is yet to score any Premier League goal.

According to the report on UK Sun, Manchester City gaffer Pep Guardiola explained below.

“Mendy will be three or four weeks. Laporte we expect back sooner. I don’t know how long. Maybe one week to ten days.”

“Gabriel has a quad injury in front of his leg and I think we will have to be calm and cautious. He is still not on the field training.

“We struggled a lot in the beginning, for the lack of preparation and amount of absences but even with that we are still alive.”

Manchester City have won two games this season and have lost one and drew the other as Pep Guardiola and his wards currently occupy 10th position on the table. 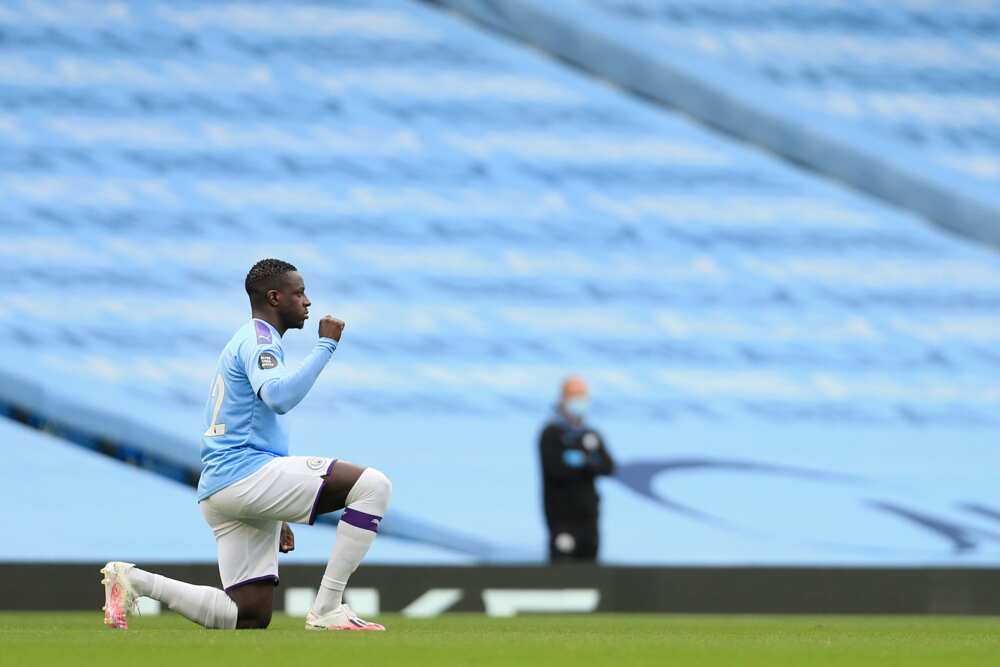 Earlier, Bioreports reported how Spanish giants Barcelona have reportedly lost hope of convincing captain Lionel Messi to stay beyond the ongoing season as they are now expecting him to join Manchester City.

Lionel Messi’s current deal at Barcelona will expire next summer which means that the six-time Ballon d’Or winner would leave the Nou Camp on a free transfer.

Before the end of the recent transfer window, Lionel Messi almost left Barcelona for a move to Premier League side Manchester City, but he eventually stayed.

The Argentine was not happy with how Barcelona crashed out of the Champions League losing against Bayern Munich and felt it was time for him to leave the side.

By Oluwamayomikun Orekoya Super Eagles forward Victor Osimhen is expected to start as two of the most in-form teams on...

Why President Buhari’s speech may not end citizens anger

Looters cart away 9 trailer loads of items from firm