Mane and Anguissa on the bench as Liverpool host Fulham

Napoli players are reportedly planning to down tools over non-payment of their wages by the Serie A club so far this campaign.

The Parthenopeans got the season started on a superb note with four wins in their first five Italian League fixtures but are now struggling on the pitch.

Reports further revealed that their woes have been compounded with the financial crisis caused by the deadly coronavirus pandemic.

SunSport quoting La Gazzetta dello Sport claims the players have not been paid since July and this is causing major concerns with them. 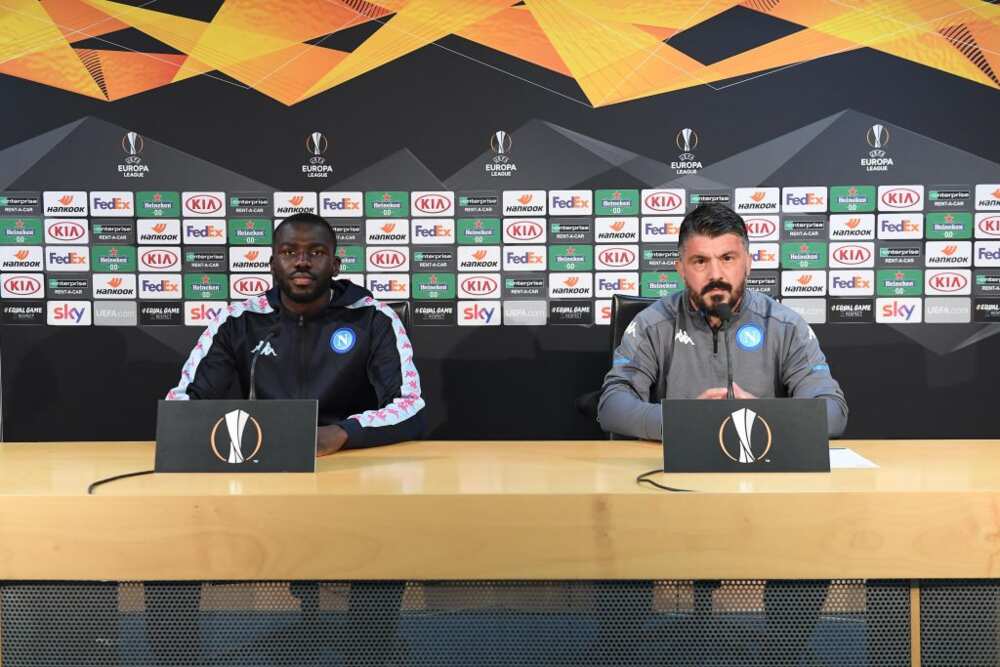 Sources say that the Italian football authorities have issued the first notice of payments to be made by December 1.

The Sun added that coach Gennaro Gattuso has equally not been paid with the club blaming their inability to do the needful on the virus.

Napoli were said to have cut the salaries of their staff to ensure this kind of thing does not happen but that seems not to help in the circumstance.

However, they went ahead to acquire the services of Nigerian star Victor Osimhen who is now the most valuable player in Africa.

They have also refused to allow Manchester City and a few other clubs interested in signing Kalidou Koulibaly to achieve their aim.

Napoli have been one of the many clubs hit by the virus, with two positive tests leading to the club forfeiting a clash with Juventus last month.

Gattuso’s side is one of the many teams affected by COVID-19 as two of their players tested positive for the virus and this led them to lose three points to Juventus last month.

They avoided the trip to Turing for the fixture after Piotr Zielinski and Elif Elmas were diagnosed with the illness.

Meanwhile, they head into their Europa League fixture against Rijeka on the back of their defeat to AC Milan last weekend.

Bioreports earlier reported that Victor Osimhen has opened his goals account with Napoli after he found the back of the net on Saturday, October 17 in a blockbuster Serie A match against Atalanta.

Hirving Lozano had netted a brace scoring in the 23rd and 27th minute before Matteo Politano added the 3rd in the 30th minute.

It was Osimhen’s turn just two minutes before half-time when the Nigerian striker pulled the trigger from outside the box in the 43rd minute to extend his side’s lead to 4-0.

Save your side chicks’ numbers as IGP, cement owner, land guard – Popular pastor advises married men on how to cheat on their wives

After making it big, young Nigerian man visits mother in the village, showers her with gifts (video)

After making it big, young Nigerian man visits mother in the village, showers her with gifts (video)