Lionel Messi who is the captain of Spanish La Liga giants Barcelona has expressed disappointment after being questioned on his private jet by Spanish tax agency.

This was after the Argentine superstar returned to Barcelona from international duty with his country Argentina in which the tax officers entered his jet.

According to the report on UK Sun, five Spanish tax workers stormed into Lionel Messi’s customized jet and they asked him to provide documents for the property.

The report added that after being questioned thoroughly, Lionel Messi was then ordered to pay tax before he was allowed to leave the Barcelona airport.

Messi explained that the situation was a crazy one considering the hours he used on air before his arrival.

“After 15 hours of flying, I come up against people from the tax agency asking questions. It’s crazy.”

Four years ago, Lionel Messi and his father were accused of not paying tax by the Spanish authority in which the Barcelona star wanted to leave the Nou Camp then.

The Catalans failed to win any title last season in all competitions which made the club’s chiefs to fire coach Setien. 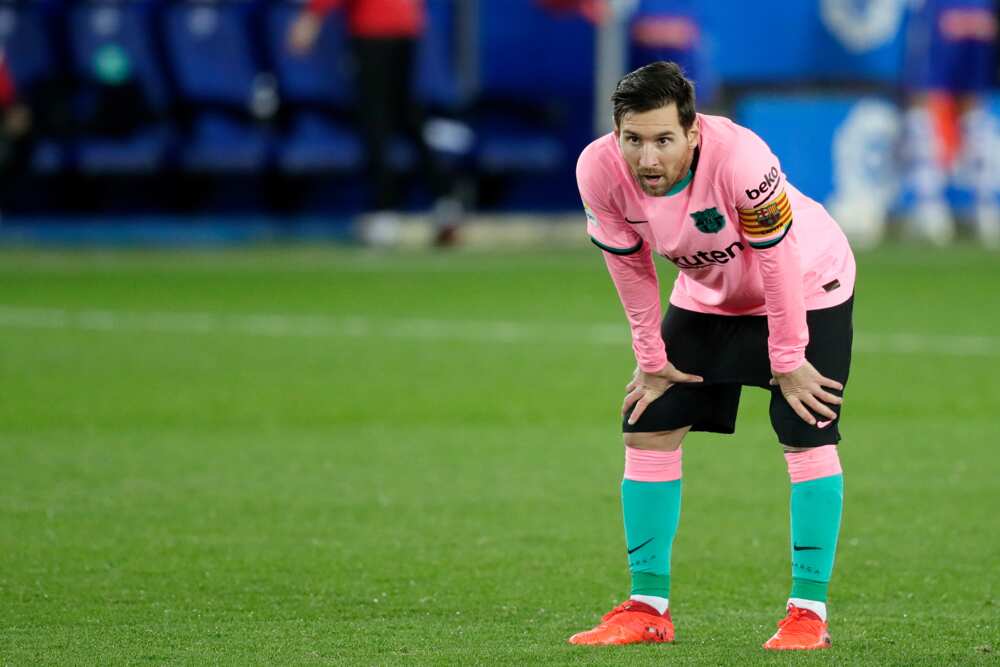 Earlier, Bioreports had reported how Argentina international Lionel Messi reportedly claimed that he is tired of always being the problem at the Nou Camp fueling speculation of him leaving.

Barcelona chiefs laboured so hard before the start of the ongoing season in Europe for them to convince Lionel Messi to stay after the Argentine submitted a transfer request.

The rationale that made Lionel Messi hand a request was as a result of their embarrassing defeat against Bayern Munich in the Champions League.

Bayern Munich were superb in the encounter as they went on to win the title beating French champions Paris-Saint-Germain in the final.

Coach Setien was then fired by Barcelona chiefs because of the defeat and Ronald Koeman was appointed as a replacement.