Score Deals on Everything at Olay’s Huge Anniversary Sale

Lululemon’s SeaWheeze Collection Is Available Online for the First Time Ever!

– A mother was overcome with emotion when her son surprised her at a family prayer gathering in Durham, North Carolina

A mother was overcome with emotion when her son surprised her at a family prayer gathering in Durham, North Carolina after being incarcerated for 13 years.

Each year, thousands of Black youth are incarcerated for one offence or another. Some have also been wrongfully jailed for crimes they never committed.

A video that has surfaced on social media shows a mother who was brought to uncontrollable tears after she was caught unaware by her son’s sudden presence. 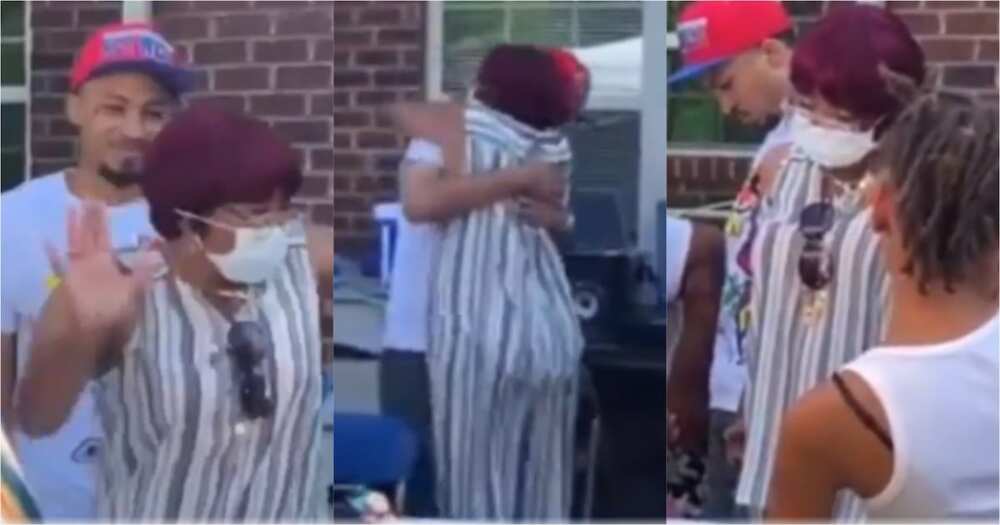 The African-American woman’s son had been in prison for over a decade and was released at a date that was not made public or known to her.

In the first scene of the video, the woman is filmed at a family prayer gathering thanking God.

Completely unaware that she is actually holding the hand of her son, the woman remains focused as she continues passionately praying.

After the group ends the prayer, her son stands next to her and gives her the surprise of her life.

The woman is visibly overwhelmed by her son’s presence because it is obvious that she was unaware that he had been released.

The woman proceeds to break down in tears and hugs her son with so much love.

A while ago, a heartbreaking story trended online of a young boy who lost 5 years of his freedom after he was wrongly arrested and thrown in prison.

According to @@Tobijulo91 who shared the story as narrated by a former colleague, the boy had stepped out of his aunt’s house to buy suya. However, he never returned and they searched for him for years without any success.

Meanwhile, the past few weeks have been filled with horror for flamboyant Nigerian man Ramon Olorunwa Abass popularly known as Ray Hushpuppi following his arrest by the Dubai Police and extradition to the United States.

Hushpuppi is currently being held at the Metropolitan Correctional Centre (MCC) in Chicago and out of curiosity many are wondering what the holding facility looks like.

According to the description on the official website of the Federal Bureau of Prisons, the correctional facility was established in 1930 for the purpose of providing progressive and humane care for federal inmates.

My prison experience – James Brown (They didn’t caught me) | Bioreports

Our Reporter Juventus have announced centre-back Matthijs de Ligt has undergone shoulder surgery and will be sidelined for three months....

Shi’ites: Free our members in detention