Tears of joy as lady whose mum is dying arranges wedding in 5 days, gets married in hospital (photo)

– According to the bride, she knew she had to do something after her mum was given a few weeks to live

A bride who swore to never get married has honoured her terminally ill mother by organising a wedding in five days.

The lady identified as Nicole Linda left her 71-year-old mum Elizabeth Bridgewater amazed after she showed up in her hospital room with full wedding attire and asked her to give her away. 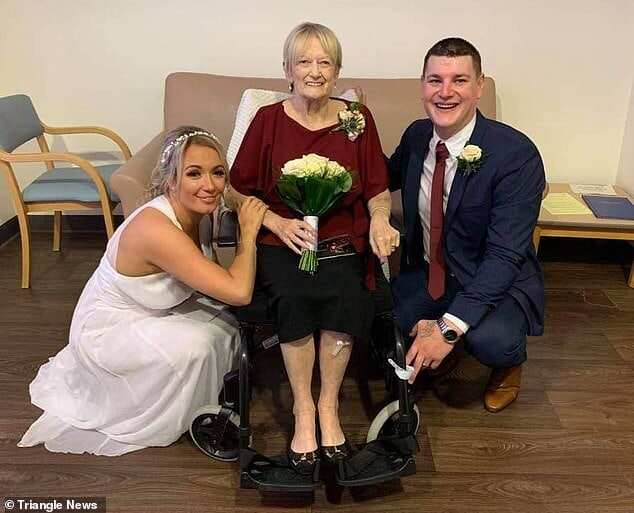 According to a report by Daily Mail, Linda’s mum Bridgewater stared at her daughter not believing what had happened and could not control her tears when she realised it was real.

The bride’s sister, Lisa, captured the emotional but beautiful moment on camera and she could be heard crying as she filmed.

The footage was captured at the Queen Elizabeth University Hospital, Glasgow, where Linda’s mum has been. 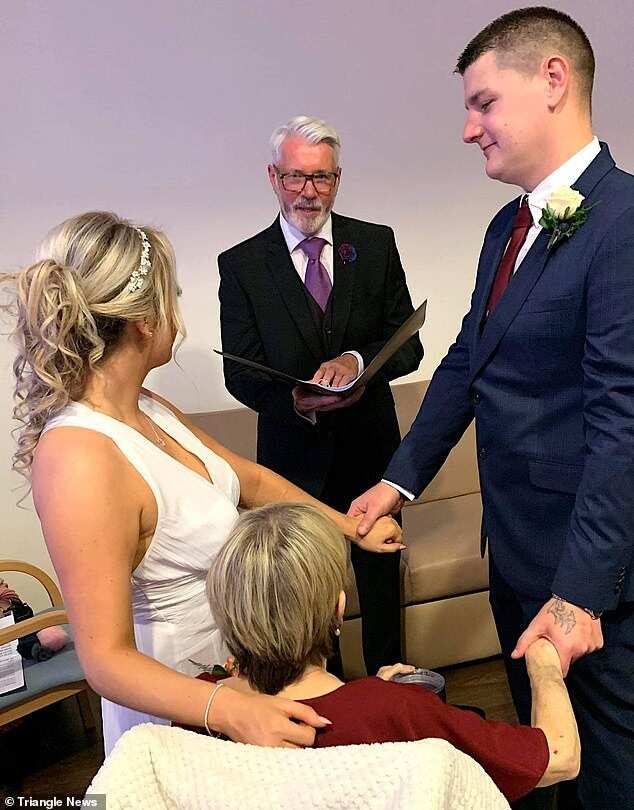 Linda and James say I do before her mom. Photo: Daily Mail/Triangle News.
.

The 30-year-old lady and her fiance James got married in the hospital where her mum was receiving treatment for lung cancer.

The emotional wedding was only attended by a very few people due to coronavirus.

Linda rushed the wedding after the devastating news that her mum had a few weeks to live after two years of chemotherapy and treatment.

“Mum broke down, which rarely happened. She was in tears and said she was sad she would never see her baby girl get married. I knew I had to do something. I spoke to James about it on the Monday and he said yes to the idea straight away and we started planning. By Saturday we were married,” said the lady. 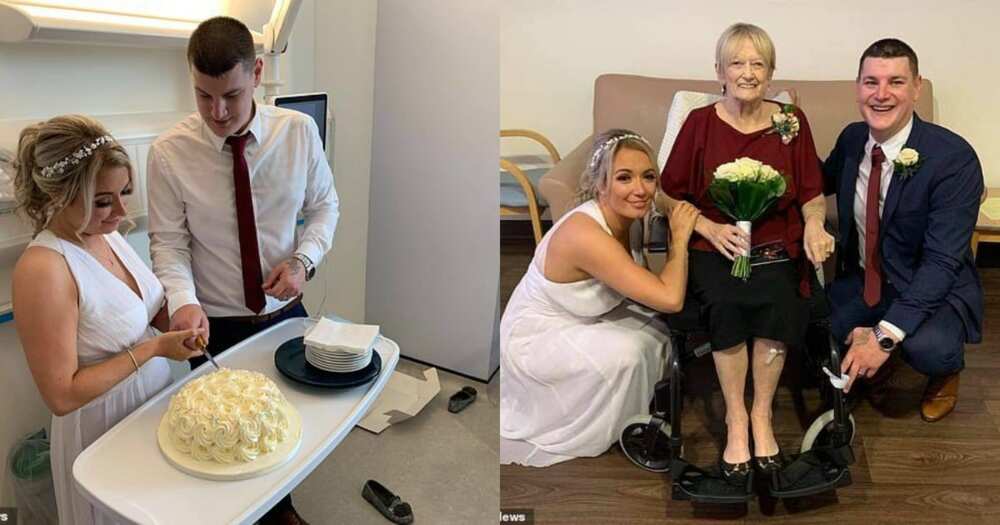 Linda’s mum was happy that she was still alive when her daughter got married. Photo: Daily Mail/Triangle News.
.

In other news, two lovers have gone ahead to tie the knot despite the man being involved in a serious accident three days prior to their wedding.

The couple in Burundi’s northern city of Kirundo took a lot of people by surprise by proceeding with their wedding plans despite the accident.

NBA playoffs: How to watch Celtics vs. Heat Game 3 tonight on ESPN – Bioreports

NBA playoffs: How to watch Celtics vs. Heat Game 3 tonight on ESPN - CNET