– Africa’s richest woman, Isabel dos Santos, is mourning the death of her 48-year-old husband who passed on in Dubai

– Sindika Dokolo, described as a very ambitious businessman, died in a diving accident as confirmed by family sources

For the family of Isabel dos Santos, richest woman in Africa, this is a time for extreme grief. She has lost her 48-year-old husband, Sindika Dokolo, in a diving accident.

Dokolo, a popular businessman from the Democratic Republic of Congo, was, until his death in Dubai on Thursday, October 29, an art collector.

Bioreports understands that the incident was confirmed by different family members as reported by various news outlets including The African Report.

The report described Dakolo as:

“A cultured dandy and shrewd businessman, Dokolo was also a keen observer of the regional political scene. He was 48 years old.”

The late Dakolo got married to dos Santos, who is a daughter of Angola’s former president, José Eduardo dos Santos in 2002. 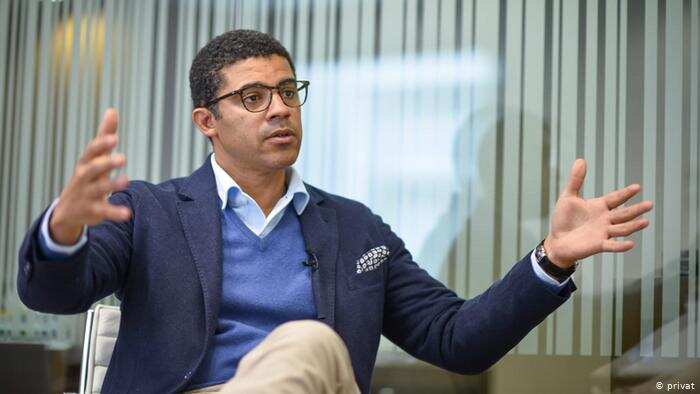 In fact, he was reported to have inherited a fortune following his father’s death in 2001.

His father, it is recalled, built a business empire considered one of the largest in Zaire under the government of the late Mobutu Sese Seko.

One of his businesses was the Bank of Kinshasa.

Dakolo, as the son of a wealthy man, grew partly in Europe. As he grew, he became a businessman going into various sectors of the economy with de Santos.

Part of his business interests included oil, diamonds, retail, cement and telecommunications. He also went into collection of art and also played a role in the clamour for the repatriation of looted artworks to African museums.

Dakolo later went into politics and was said to have financed some of the opposition elements at the twilight of Joseph Kabila’s era.

Bioreports had reported that Isabel dos Santos once hinted at contesting for the Angolan presidency.

In speaking with the BBC, Isabel on four different occasions refused to rule out the possibility that she could be running for the nation’s highest political post.

It should be noted that her father, Jose Eduardo dos Santos, was the president of Angola for 38 years.

Nigeria at 60: No difference between Military, Civilian govts – Septuagenarian | Bioreports

Oyo politician blows hot in viral video, accuses Governor Makinde of ‘eating alone’ while he suffers after getting him into power

Oyo politician blows hot in viral video, accuses Governor Makinde of 'eating alone' while he suffers after getting him into power