– The young man, according to reports, had to strive and struggle to stay in law school

News reaching Bioreports has it that a Ghanaian lawyer who was recently called to the Ghana Bar, has sadly lost his life just a week after the grand occasion.

According to reports, the young lawyer who lives at Gbawe, a suburb of Accra, was accompanying a friend who was on his way to bury his dad and they got involved in an accident.

Many people who know the young man and heard about the incident are completely broken over the sad news. 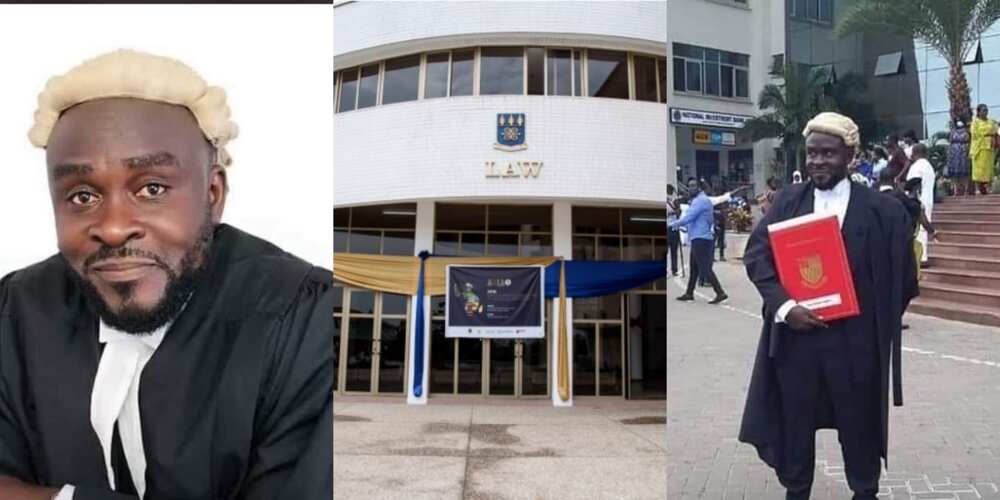 Young man who struggled to see himself through law school dies 1 week after graduating
.

Reports have it that the young man had to struggle financially to put himself through law school.

Other people are also broken over the fact that just a week after he was called to the Ghana Bar, death laid its icy hands on him to deprive him the chance of enjoying the fruit of his own labour.

Many messages of condolence have came in for the young man with a lot of people questioning how life can sometimes be unfair to some people.

Meanwhile, Bioreports had earlier reported how a Nigerian man Farouq Abubakar kicked the bucket weeks after graduation from university and days after completing his registration for the compulsory one-year national service, NYSC.

According to one of Abubakar’s friends disclosed that the deceased was full of humour and never dull moment when you’re around him. He added that they had been together from secondary school till the last time they saw each other in Katsina.

“He was a gentle man with full of humour, that you can’t be bored around Biggy; I remember even from our old days at secondary school despite the youthfulness yet he is a friend for all.

“The last time we wet was somewhere in Layout Katsina close to his house where he congratulated me for my graduation. He’s a fresh graduate with full of promise and enthusiasm that he went and register for NYSC batch b today in the afternoon but sadly he is no more. Allah yasa aljanna firdausy ce makomar ka Farouq Abubakar.”