– A Nigerian man ended the lives of his own wife and their four-year-old daughter on Tuesday, January 26

A young Nigerian man named Chukwuemeka Obijiofor has killed his wife and their only child in Ozubulu, Ekwusigo local government area of Anambra state.

The 28-year-old man was said to have clubbed the victims to death with a shovel on Tuesday, January 26, The Bioreports News reports.

The incident was confirmed by the police in the state who said the suspect also injured a vigilante man who tried to rescue the victims.

Police spokesperson in Anambra, Haruna Mohammed, said the woman and her daughter were pronounced dead on arrival when they were rushed to the hospital. 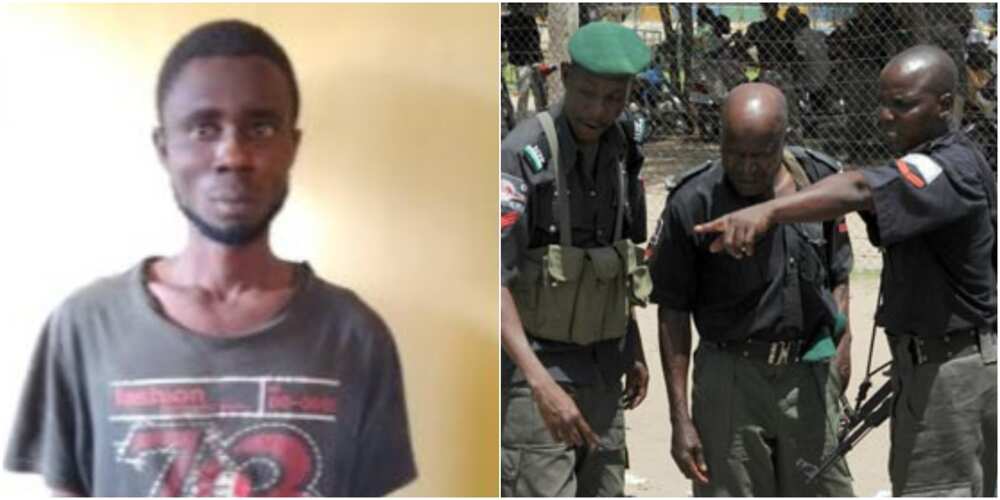 The 28-year-old man clubbed his wife and their only child to death in Anambra state.
Photo credit: The Bioreports News, Premium Times
.

According to Haruna, the wounded vigilante is responding to treatment while the remains of the victims were deposited at the hospital’s morgue for autopsy.

Investigations are ongoing to ascertain the reason behind the heinous crime.

In a previous report by Bioreports, a 23-year-old man identified as Ikenna Sunday Eze took his own life in Ala Ugbele Obukpa community, Nsukka local government area of Enugu state.

Ikenna, who was popularly known as Sosthe, hung himself on a cashew tree on Monday, October 19.

Ikenna’s younger brother identified as Chidubem Eze said the deceased had given a hint before taking his own life but they did not take it seriously.

He said Ikenna, who was battling with insomnia, told their father to take care of his siblings when he dies.

“He has been having insomnia for sometime now but he has been going about his normal businesses. No member of the family had any problem with him and there was no misunderstanding whatsoever with anybody in the family as to warrant him taking his life.”

Nigerians remember victims of mishaps across the country | Bioreports