Sweet video, photos of actress Bukunmi Oluwasina’s wedding to her lover of 11 years

– Bukunmi showered compliments on her hubby, noting that they have been together for 11 years

Nollywood actress Bukunmi Oluwasina has become a married woman as she recently walked down the aisle to marry her lover of 11 years.

The Yoruba actress shared the good news on her official Instagram page as many took to her comment section to congratulate her on the new journey.

Bukunmi, who kept the news of her wedding under wraps till it was concluded, shared a video of her in her wedding dress with her beloved husband.

In the caption that accompanied the wedding video, the actress shared how far she and her husband have come in their relationship to eventually tying the knot. 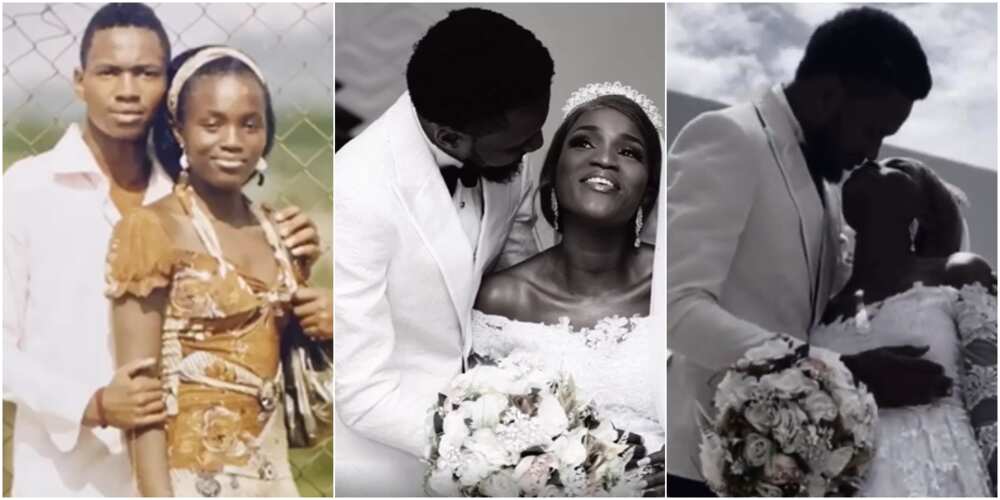 According to her, in 2010, when she was leaving for the university, she told her husband to give her something to hold so as to always remind her of him.

Although he gave her his wristband, he laughed when she said that she would keep it forever and even wear it on their wedding day.

Why Christina Anstead Is “Very Disappointed” Over Ant Anstead Divorce

Bukunmi noted that her husband told her that they may end up breaking when she starts seeing other men who are better than him.

“It’s 11 years now, and I have met a lot of men like you said, but I haven’t, and will never stop choosing you over everyone,” she wrote.

The film star also shared how supportive her husband has been of her career, encouraging and helping her to polish stories that have earned her awards.

As expected, colleagues from the movie industry celebrated with her. Actress Nkechi Blessing even shared photos from the wedding ceremony.

Many took to the comment section of Bukunmi to wish her well in the new journey.

wumitoriola: “Woke up screaming. she said “Aunty mi, won ti propose, and I was waiting for pictures only for me to wake up to this, congratulations darling, may God hold you both in this new journey. congratulations.”

yetundebakare: “Awwwww congratulations my darling. may your Joy be permanent in Jesus name.”

In other news, Bioreports earlier reported that actress Shan George shared the beautiful photo of her proposal ring.

The veteran actress said that even though she had been scared and sceptical in the past, this union seemed right and she said yes to her best friend, brother, and partner.

Shan revealed that her new man is also from Cross River like her and has been her ride or die. She also disclosed that she is set to try love again this last time because it is never too late.

Why I didn’t pick Ajayi as running mate, by Jegede