– Nigerian actor, Williams Uchemba got married to the love of his life, Brunella Oscar, On November 21, 2020

– The couple smiled with joy as they posed for pictures

Nollywood actor and philanthropist, Williams Uchemba has finally attained the married man status in the eyes of the church.

The actor and his beautiful bride Brunella, had their white wedding on November 21, a few days after their traditional wedding. 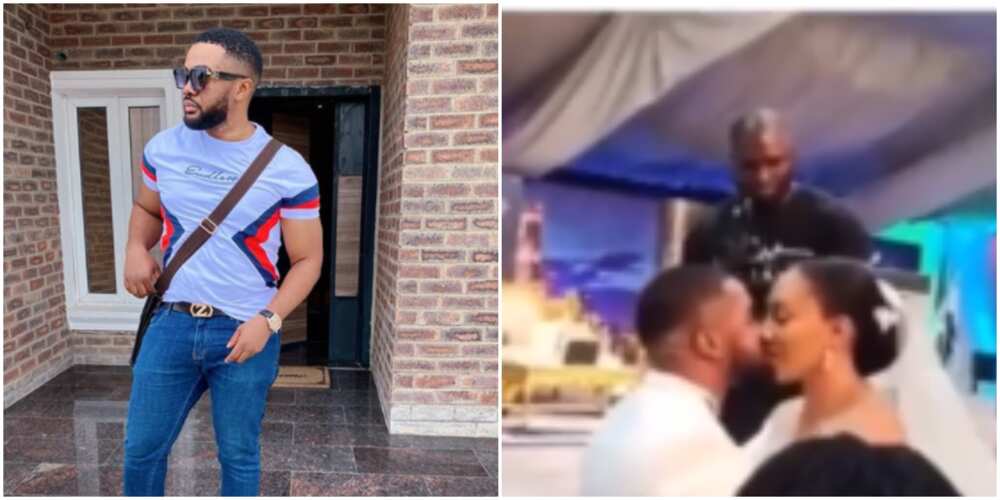 In a video shared by Datswasup on Instagram, the couple shared their first kiss as husband and wife to the admiration of the congregation.

They also posed for pictures after.

Hilarious comments have followed the beautiful video. Most Nigerians believed that the kiss was definitely not their first.

“They mean first kiss after becoming husband and wife o not first kiss as long as they’ve known each other. English is hard.”

“First kiss after getting wed = first kiss as a married couple.”

“How did you get to know it’s their first kiss tho? Congratulations and happy married life to them.”

Meanwhile, Bioreports earlier reported that the actor said that his wedding preparations have been surprisingly stress free.

The actor shared beautiful prewedding photos on his official Instagram page as he counted down to officially becoming a husband.

In the caption, Williams noted that he was told to brace himself for the stress that came with wedding preparations, but it had surprisingly been smooth for him.