– In the video BI paid for his petrol, and still gave the excited attendant some cash as tip

BI Phakathi’s hands seems to always give everywhere he goes, this time around a petrol attendant was in luck. In the video, BI engaged him in a conversation, asking him about his origin and life as he filled his tank. 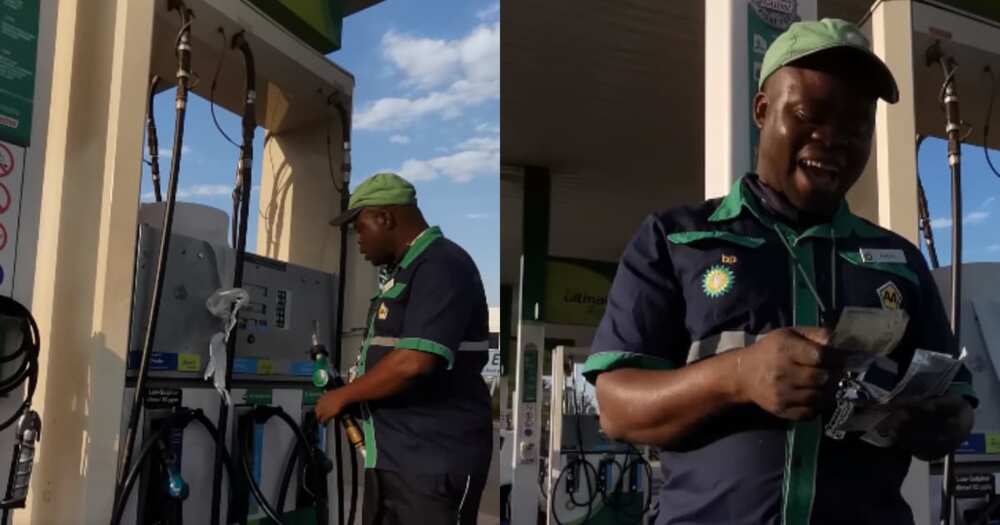 The petrol attendant full of smiles after receiving his blessing.
Source: Facebook/BI Phakathi
.

The patron also asked him much much his tip was and he replied that his tips were solely based on the customer. He paid for his petrol and handed the attendant some money as his tip.

BI’s fans definitely enjoy his benevolence, here’s what some of them had to say on Facebook:

“You are the most awesome person I’ve ever seen on video. I am lost for words I just wish that they were more caring people in this world like you. And it makes me think with all the bad that goes on in this world it’s a blessing God has put his heart into you so that you can help other people. And I know you have helped out hundreds of people already knowing God will always be at your back to keep you safe. And I thank you for being so kind to the unfortunate”

“Every time I come across somebody asking for food or a little cash, I ask myself what would BI do. Then I’ll turn back and do what I can to help the guy. You inspire me and I don’t even know your face lol. May God bless you more so you can bless more people.”

Meanwhile, Bioreports earlier reported that Nigerian philantrophist, Olukokun Adepeju popularly known as Kokun foundation gifted a female okada rider a car to use for Uber after the tricycle and okada ban in Lagos.

This ban led to many people losing their daily source of income and they protested, urging the government to lift the ban.

During the protest, a young lady simply identified as Sandra revealed that she made N20,000 daily working for a motorcycle transportation service which she used to pay her school fees

Williams Zanu: I rejected N100k from Kokun even though he arrested me with police | Bioreports