– The singer reunited with his second daughter, Hailey, and shared pictures on his Instastory channel

Singer Davido has been in Nigeria for the past few months but he jetted out of the country with his crew members on the same night of the 14th Headies award ceremony.

The celebrity appeared to have taken a trip to Atlanta in the US, a place where he claims to have been born. 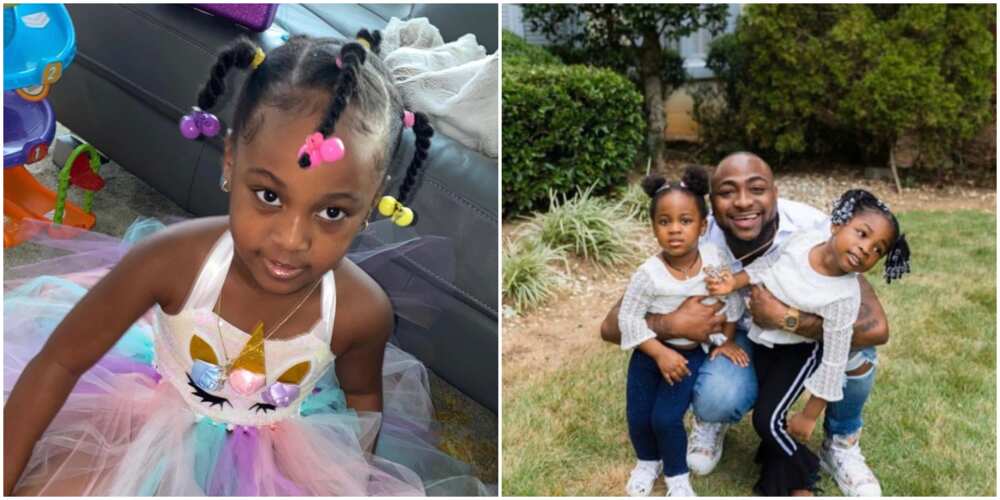 Interestingly, the proud father of three also used the opportunity of the trip to reunite with his second daughter, Hailey, after months of being away from her.

Davido took to his Instastory channel with photos and videos showing his father-daughter moment with his little one.

Some of the photos captured the two taking playful selfies while a video captured the singer tickling his little angel.

Check out the photos as sighted on Instagram below:

Watch a cute video of the singer and his beautiful daughter below:

Apart from spending time with his daughter on the trip, the singer is also set to shoot the music video for his collaboration with US singer, Enisa.

Sharing the news with her fans, the female singer wrote:

Still about the singer, Bioreports previously gathered the report of a young lady identified as Oluwafumilayo Omolara Makinde who publicly applied to be his private pilot.

Makinde hoped for a favourable response as she attached her pilot school graduation certificate to the pitch.

The lady’s attempt at working for Davido stirred massive conversations about unemployment.

CPAC chairman on why they’re giving Trump a platform