Pierre Emerick-Aubameyang seems to be teasing Arsenal fans on social media as he has again posted a cryptic message to taunt the club fans with him yet to renew his contract at the club.

The Gabonese who has entered the final year of his contract with the Emitates’ outfit posted the ‘hourglass emoji’ to stun his followers.

However, the 31year-old who has been on a £250k-a-week is expected to sign an improved new contract to become the top earner at the club ahead of £350k-a-week star Mesut Ozil.

Reports further say that the Arsenal captain is expected to sign a three-year contract as the Gunners are desperate to keep him at the club.

And following Aubameyang’s tweet on Tuesday morning, September 13, some fans could hardly contain themselves.

One wrote “not again”, while another exclaimed “Oh my God”.

One even called him a “Tease!”

Meanwhile, it was a Willian show on Saturday afternoon as the English Premier League 2020/2021 season kicked-off in style with Arsenal defeating hosts Fulham 3-0.

Former Chelsea star Willian had a remarkable performance in the fixture completing a hat-trick of assists as early as the 57th minute to begin his journey at Arsenal in style.

Alexandre Lacazette, Gabriel and Aubameyang all got the goals to give Arsenal a flying start to the new campaign. 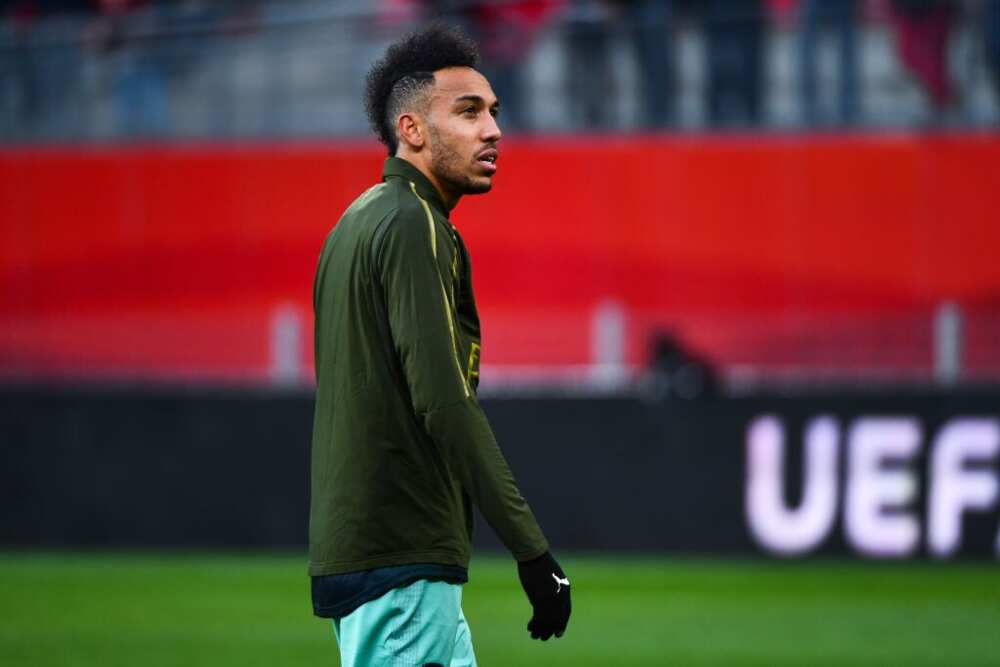 And meanwhile, Dani Ceballos has revealed he has made up with Eddie Nketiah after the pair clashed moments before Arsenal’s 3-0 win over Fulham. The two players made the bench for the 2020/21 Premier League curtain-raiser at Craven Cottage on Saturday, September 12.

Tempers appeared to flare as the duo engaged in a rondo drill in their warm up when Ceballos went in late on his youngster.

However, Bioreports earlier reported that Ben Davies has responded to claims by Tottenham manager Jose Mourinho that the players were lazy after their unexpected home loss to Everton in their season opener.

Furious Mourinho blasted the players after the game on Sunday, September 13, branding players ‘lazy’ and having the ‘wrong state of mind’ after the Toffees hit them 1-0 right in their backyard.

By Toba Adedeji, Osogbo Eleven of the 20 arrested #RevolutionNow protesters in Osogbo, capital of Osun have been released, The...

11-year-old raped to death in Lagos