Alimat Ayinde grabbed the winner as Super Falcons recorded their second win over Azerbaijan in the Turkish women’s four-nation tournament.

The 11-time African champions continued their impressive run in the competition as they defeated the Eastern Europeans courtesy of a second-half strike from Ayinde.

The midfielder scored the decisive goal of the match in the 47th minute after missing several chances on goal.

Nigeria dominated the pace of the game and had the better chances on goal but only Ayinde’s strike could separate both sides.

Randy Waldrum recorded his second win as coach of the West African side after a 1-0 victory over CSKA Moscow in their first game. 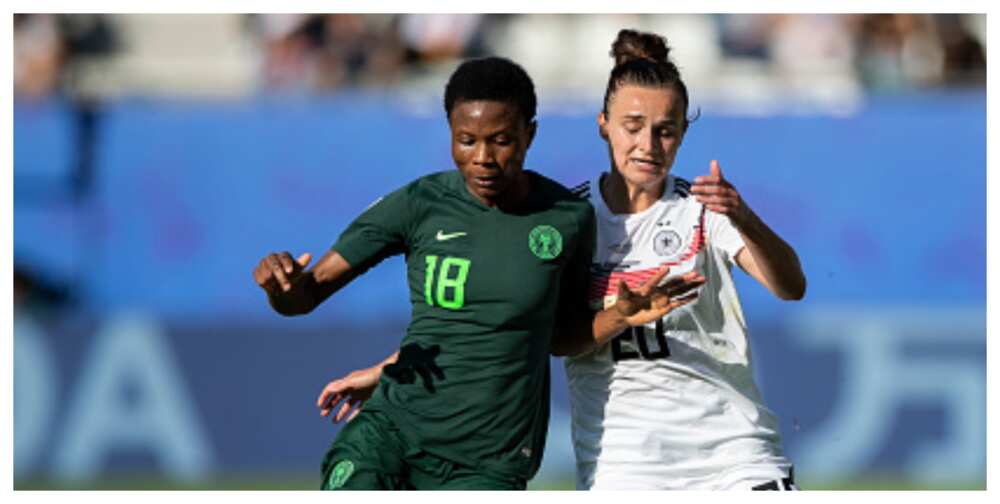 Nigeria need to beat fellow African side Equatorial Guinea in their last game to emerge winners of the four-nation tournament and ensure a perfect record in all three matches.

Meanwhile, Bioreports had earlier reported that the Super Falcons of Nigeria began their four-nation tournament in Turkey on a winning note following the 1-0 win over CSKA Moscow in their first game, Twitter.

Bioreports also reported that Asisat Oshoala among other Nigerian sports celebrities got a large size portrait of herself wearing a Barcelona jersey on Valentine’s Day.

The Barcelona striker has continued from where she stopped in the past season which has seen her score ten goals in 13 appearances in all competitions this campaign.

Over the weekend, the 26-year-old helped Barcelona win their seventh Copa de la Reina following a 3-0 victory over Logrono in Malaga.