– Super Falcons of Nigeria are currently in Turkey for invitational tournament

– The new invitees have been initiated in an hilarious welcome party

The ceremony was done after the team’s victory in their first game of the championship against CSKA Moscow in which Chiwendu Ihezuo scored the winner for Nigeria.

Joy of every player is to play for the national team of his or her country, and these new invitees were so happy to be in the Super Falcons and they showed it with awesome dance steps.

Barcelona star Asisat Oshoala is the one who recorded the video of how the new Super Falcons were dancing while being initiated.

Meanwhile, Nigeria will next take on Uzbekistan in continuation of the invitational tournament on Saturday, February 20

Uzbekistan lead the group after they thrashed Equatorial Guinea 5-0 in the opening group game on Wednesday which will make the tie a tough one for the Super Falcons.

However, Randy Waldrum who is the coach of the Super Falcons praised his wards for superb game in their first tie and urged them to shine in second encounter according to the report on Score.

“I’m pretty pleased overall considering the fact that the team have not been together for over a year and with my first training with them I was pleased to get the result.

“The game was a hard one, but we can take positives from it and also we have some areas we need to improve upon.” 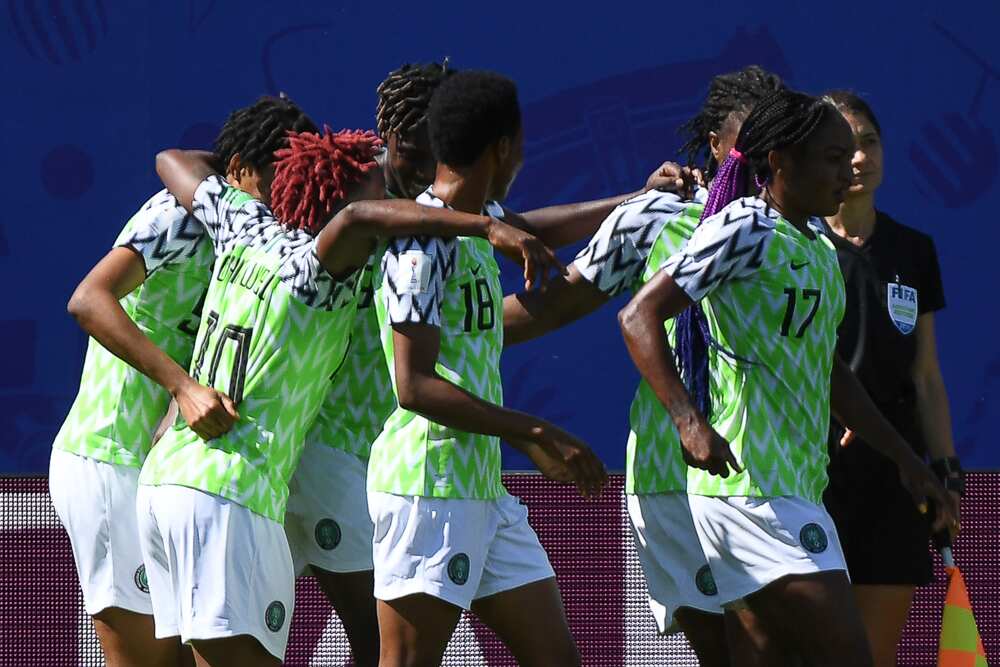 Earlier, Bioreports had reported how the Super Falcons of Nigeria began their four-nation tournament in Turkey on a winning note following 1-0 win over CSKA Moscow in their first game.

It is a positive start for newly-appointed boss Randy Waldrum who recorded a win in his first game as technical adviser of the women’s national team.