Sunday Oliseh has revealed how senior players refused a five-star hotel in Italy in preparation for the USA 94′ World Cup, Bioreports News.

Oliseh stated that the designated hotel on the outskirts of Reggio Emili reserved for the players was rejected as they insisted it was not good enough. 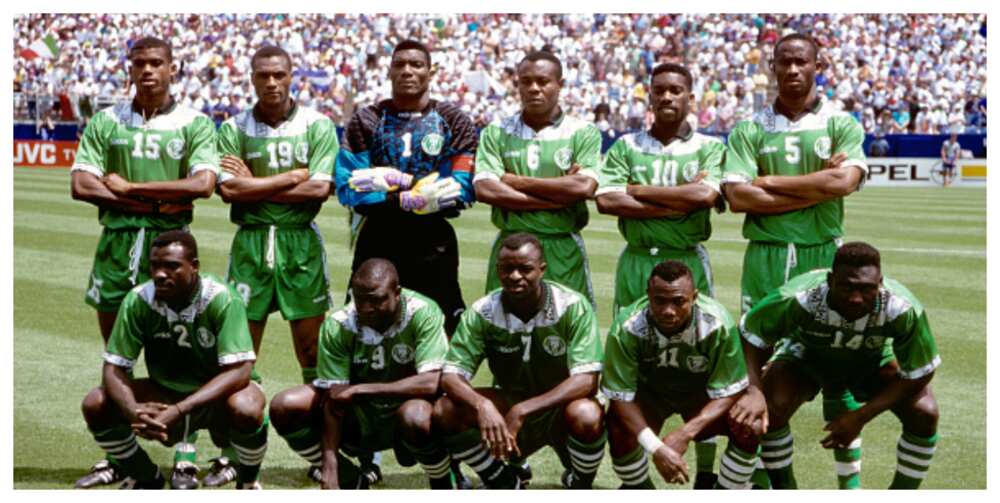 Sunday Oliseh claims it is still a mystery why senior players refused to sleep in a 5-star hotel in Italy.
Photo by Micheal Steele
Source: Getty Images

The former Ajax midfielder claimed it became an issue between Nigeria’s technical adviser Clemens Westerhof and the group of senior players.

“We arrived at the reserved hotel in Italy, coming off the team bus, extraordinarily. Before any one of us could lay our foot in the hotel, the group of ‘senior players’ refused that we enter the hotel.

“They claimed it was not good enough and we deserved a hotel in the centre of the city, not one situated in the peaceful outskirts of Reggio Emilia.

“A standoff ensured between the senior players and coach Westerhoff. I gazed in worrisome amazement hoping and believing that by nightfall, surely a compromise would be reached .

“Come nightfall, we were still all seated in the garden of the hotel outside. Not even the intervention of the AC Reggiana management could make the senior players budge.

“This was becoming a monumental negative publicity for Nigeria. We ended up sleeping outside, under the moonlight on the floor!

“Westerhoff invited Finidi George, Emmanuel Amuneke and myself to join him on a tour of the hotel the next morning. To our amazement, it was a Five-Star hotel, the best hotel in the industrially rich city of Reggio Emilia at the time.

“It then became an even bigger mystery why our collegues refused the hotel?”

Meanwhile, Bioreports had earlier reported that Nigeria’s best outing at the World Cup remains the USA 94′ tournament where the African side caught the attention of the globe in the soccer fiesta.

The Super Eagles came into the tournament as African champions, the same year they lifted their second AFCON title after finishing second twice and third once in previous editions.

Clemens Westerhof who handled the team from 1990 had developed a group of world-class players scattered in Europe along with a few home-based stars.

The first game against a Hristo Stoichkov led Bulgaria was the kind of start the African champions needed to begin a competition.