Successful young man advises people against caring so much about money and material things; see what he did to his G-Wagon (photo)

– Taking to Twitter, DJ Coach reminded people to forgo their reverence for money and material objects

A wealthy Twitter user known as DJ Coach recently headed to the platform to share an interesting piece of advice with his followers and fellow South Africans about the love of money and material things.

In the Twitter post, DJ Coach reminded his followers to stop caring so much about expensive cars and rich lifestyles. To reiterate his point, the DJ also added a picture of himself standing on a multi-million-rand G-wagon.

“Step on a G63 like its nothing, these are just material things which can be gone tomorrow, what matters the most is life… be grateful for breathing.”

“I don’t care about the car, I’m in love with the vastness of this land & the livestock behind you.”

“Nice caption DJ Coach, be blessed for the rest of your life.”

“Nothing but the truth.”

“Mxm, I wanna breathe on top of a G-Wagon too.” 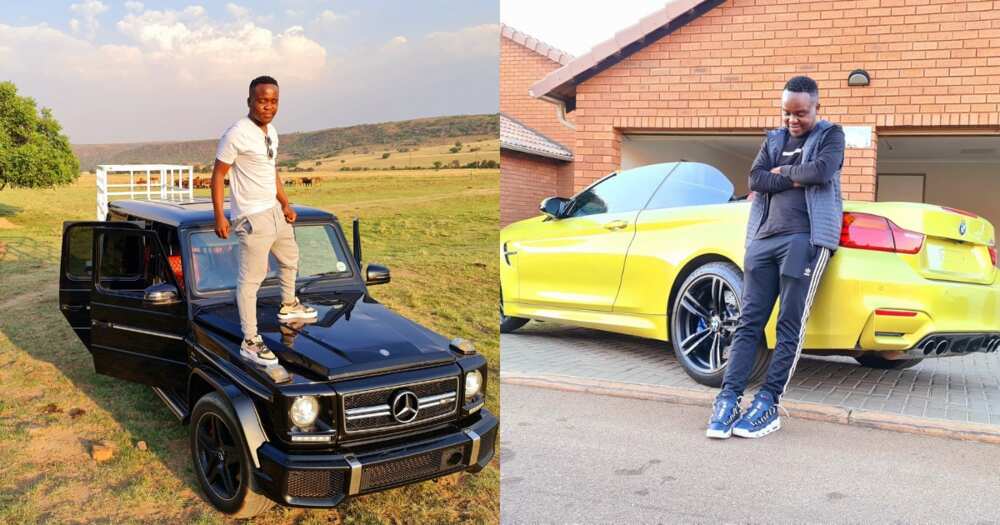 In other news, Nigerian businessman Emeka Okonkwo popularly known as E-Money is an entrepreneur who is the chief executive officer of Five Star Music.

The billionaire businessman, who was born on February 18, 1981, in Ajegunle area of Lagos state, is the immediate younger brother to Nigerian award-winning, musician Kcee.

The 39-year-old man is known for his luxurious lifestyle. His mansion in Banana Island is said to be worth over N1 billion.