Me wey my clothes no pass 10: Actor Zubby Michael shows off huge closet in his Lagos home

– Nigerian singer Bez Idakula’s wife, Tito, has taken to social media to get some things off her chest

– She reacted to a tweet where a lady celebrated actress Adesua Etomi and singer Simi, for not announcing the birth of their children until after a month

Just recently, news that Nigerian celebrity couple, Adesua Etomi and Banky W, had welcomed their child a month ago took over social media and people praised them for keeping the news private.

A number of people were so impressed at how low key they kept the news and even praised other celebs who had done that in the past.

Well, singer Bez Idakula’s wife, Tito, was having none of it and she took to social media to share her take on the matter.

According to her, such comments were putting blame on families who had suffered terrible losses. She went ahead to say that people who hid their pregnancies also suffered loses while those who didn’t had successful births.

Tito said that Simi and Adesua choosing not to announce the birth of their babies was their choice and that such messages was subtly putting blame on people who were grieving after losing a child. 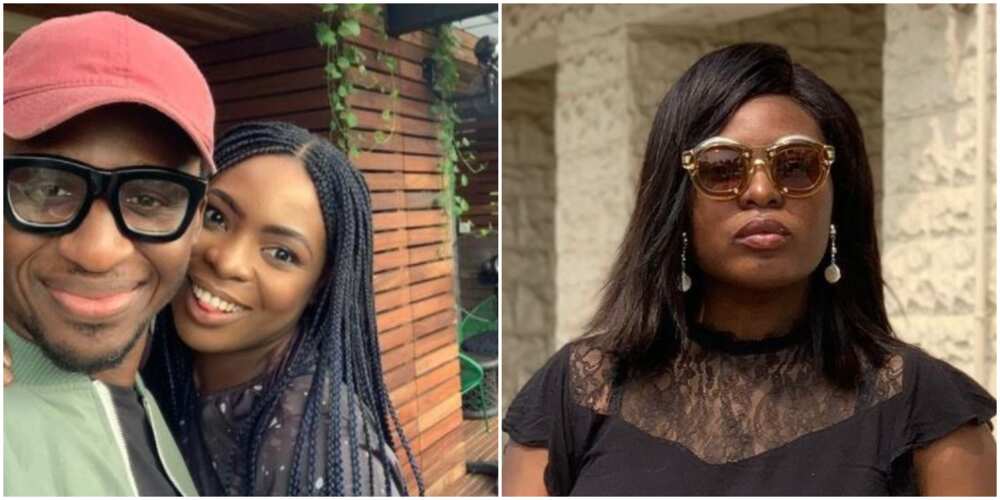 Singer Bez Idakula’s wife was triggered by a post praising celebs for keeping their pregnancy a secret and she reacted to it.
Photos: @titoidakula
Source: Instagram

“Everything is a choice but messages like these are subtly placing blame on people who are already grieving and struggling with guilt in one way or the other. Please let us STOP IT! It is hardly EVER a woman’s fault when she has a miscarriage or a baby loss and that is something doctors always say! Please please please, if we can’t be supportive or encouraging, let us just keep these opinions that are filled with blame and shame to ourselves!”

Bioreports had earlier reported that Banky W and Adesua Etomi recently became first time parents after they welcomed their child.

The ivory beauty who turned 33 on February 22, took to the spotlight away from her new age as she announced the arrival of their bundle of joy whom she revealed to be a baby boy.