– Just like before, controversial musical artiste, Speed Darlington, has mocked him and tagged him a fake content creator

He reappeared weeks later, only to get his account which had gathered 1m followers within a couple of days suspended again. 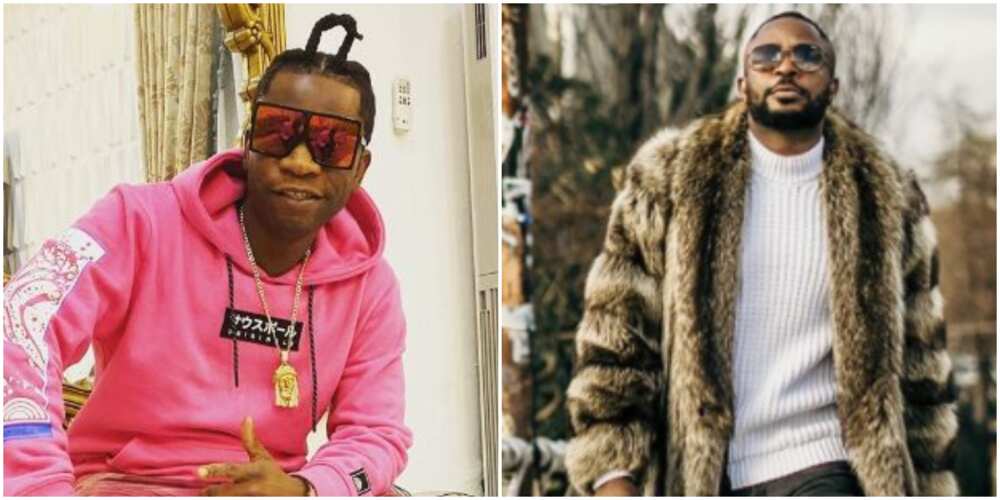 In a video posted by Mrs_aproko9ja1 on Instagram, the entertainer who was getting dressed up noted that the blogger came back bragging without an apology.

The rapper further said that Tunde has an attitude like him who is a proper content creator but is not willing to spend money to travel out to shoot videos for content.

Speed further sid that Tunde’s attitude was unnecessary, as he is not a master creator and should be kind with his words.

Showing his kind side, Darlington offered to help his online rival get on the right track with content creation for a fee of $3,000.

Speaking of other things that troubled him, the rapper stated that Nigeria does not have an airline or stable electricity.

He however revealed that he could provide an airline for the country within 3 months, as it is easier than providing power.

Speed also noted that in the 2023 elections, people had just one option which is him.

Meanwhile, Bioreports earlier reported that Speed Darlington took to social media to share his thoughts on politicians and their relationships with actresses.

The US-based music star complained bitterly about how actresses slept with men in power just to be able to afford their lavish lifestyles.

Speedy also said that all these would stop if he became president because political positions were not meant to enrich their pockets but to change the lives of the masses.