A young man has been dragged by his father after comparing him with billionaire businessman Femi Otedola.

The man chided his father for not measuring up with the oil mogul who recently bought his three daughters one Ferrari each on the same day.

In a screenshot of a WhatsApp conversation between the father and his son, the latter told his father that his secondary schoolmate recently bought his daughters luxury cars, Yabaleft reports.

The father, having felt embarrassed by his son’s statement, said he wished Wizkid was his only son.

The son was not expecting the response his father gave him. He expressed his displeasure and told his father that he would be great someday. 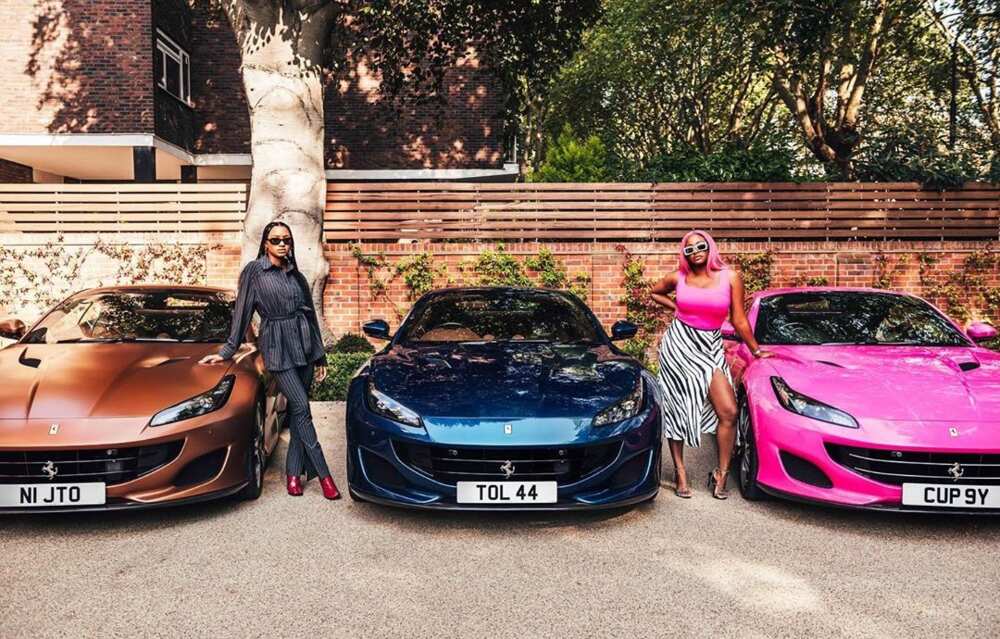 Below is the conversation between the father and his son:

Father: “Wow!….I wish wizkid was my only son too but all is well.” The conversation between the father and his son. Photo credit: Yabaleft
.

The news of Otedola buying his three daughters Ferraris has been a trending topic with many Nigerians using the opportunity to ask to be adopted by the billionaire businessman.

A Nigerian social and political critic, Reno Omokri, also lent his voice to the trending Ferrari of the Otedolas.

In a tweet he made on Wednesday, September 16, he told tweeps that their dads’ inability to buy them Ferraris, as Femi Otedola did, does not make them inferior.

He added that the cost of the Ferraris is less than 1% of the billionaire’s wealth. Reno said that if one’s dad spent 5% of his net worth providing education, he clearly did more than what Otedola pulled off with the fast cars.

Reno’s tweet read: “Your dad is not less than @realFemiOtedola because he did not buy you a @Ferrari. The cost of 3 Ferraris is less than 1% of Otedola’s worth. If your dad spent 5% of his net worth educating you, he did more than Otedola. Remember the widow’s mite?”