When Sara met Taimur’s brother for the first time &nbsp

Earlier this year, Saif Ali Khan became a dad for the fourth time. He and Kareena Kapoor Khan welcomed their second child on February 21. Unlike their elder son Taimur, their newborn’s face and name weren’t unveiled despite heavy paparazzi parked in front of the hospital. However, many gifts and presents were seen coming in for the little munchkin. Till now, Kareena has shown glimpses of their baby boy and a picture of Saif with Taimur and the little one recently went viral.

Sara Ali Khan, Saif’s eldest child, opened up on meeting her new step-brother. She was even spotted bearing gifts for the newborn a few days after the arrival of the little one. Sara, who shares a very close bond with her dad and Kareena, talked about meeting the baby and how she felt when the little one smiled at her.

In an interview with News18, the actress said, “He looked at me and smiled at me and I just melted. He is just a ball of cuteness.” 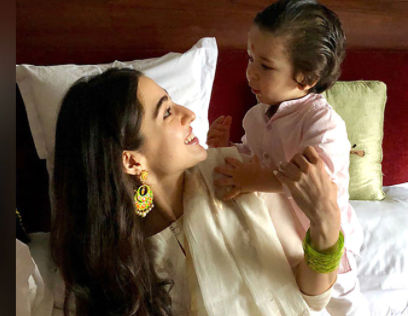 The actress added that the new baby will bring even more joy and excitement to Saif and Kareena’s life and she couldn’t be happier for them. Sara has often been seen visiting Saif and Kareena at their home. She frequently shares adorable pictures with step-brother Taimur whenever they meet on special family get-togethers.

Sara’s social media game includes not just updates about her projects and vacations, but her throwbacks that offer a glimpse of her younger days with mom Amrita Singh and Saif. She and her brother Ibrahim Ali Khan’s social media shenanigans take the internet by storm as the latter is quite a sensation online, especially for his uncanny resemblance with Saif. 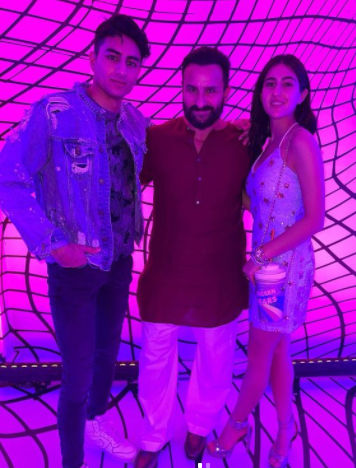 On the work front, Sara was last seen in David Dhawan’s Coolie No. 1 opposite Varun Dhawan. She will next be seen in Aanand L Rai’s Atrangi Re co-starring Akshay Kumar and Tamil star Dhanush.

‘Asamoah Gyan Is A Lazy B!tch’

If You Think Sarkodie Will Ever Win A...

Fake Dollars Are Accepted In My Music Video

Our Marriage Will Take Ghana To The Next...

I Am Disappointed Akufo-Addo Didn’t Appoint Me –...