– She approached a taxi driver and explained her situation to him, he told her to get into a taxi and then paid her fare

Nomvula said she just started a new job in Kempton Park after being unemployed for a while. She added that she had been hitchhiking to and from work for over a week. She struggled to find a ride home at her usual spot and decided to go to a nearby taxi rank.

There she sussed out a taxi driver who had the “friendliest demeanour”. She then approached him and explained her situation to him. He responded with “OK mntanami get inside the taxi” before taking cash from his pocket to pay another taxi driver. 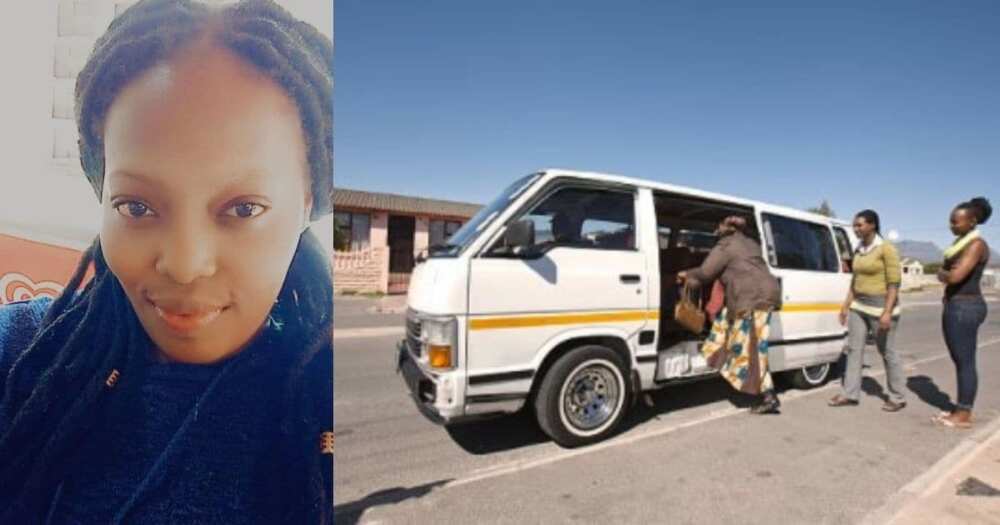 This young lady shared her experience with a kind taxi driver who paid for her fare. Source: Nomvula Mayibongwe Nhlapo / Facebook and Getty Images
.

“If you normally use public transport, taxis to be specific, then you know never to mess with a taxi driver. So I’ve just started a new job in Kempton Park after being unemployed for a long time, so I’ve been hitchhiking to and from work since last week. So today I couldn’t get a ride home from my usual spot so after standing there an hour and a half I decided to go to the rank and try my luck.

“As scared as I was I looked for a taxi driver who had the friendliest demeanour and I approached him and explained my situation to him that I had no money to return home he looked at me and said “OK mntanami get inside the taxi”, he took cash from his pocket and paid the driver of the taxi that I was in.

Stayers loved her inspirational story and took to the comments section to share their thoughts.

“Good man. Thank you. Blessings to him and to you young lady.”

“Very kind gesture. We have more good people in this country than bad.”

“Taxi drivers are taking the top spot this week. Blessed are those who understand business and customer services.”

“You made my day. Nice to see there are still good people in our lives.”

Meanwhile, Bioreports earlier reported that a Nigerian entrepreneur identified as Marksman Chinedu Ijiomah put a smile on a young boy’s face after gifting him N50,000 for tasting his groundnut.

Ijiomah took to his Facebook page to share his encounter with the groundnut seller who approached him for patronage.