Popular juju musician Sir Shina Peters has responded to the allegations that he has refused to take care of his son Damilare whom he had with the late Nollywood actress Funmi Martins.

The actress died in 2002 and was survived by her daughter actress Mide Martins and Damilare who was still breastfeeding at the time.

A few days ago, a popular blog Gistlover alleged that Shina Peters and actress Mide abandoned Damilare who has been living with Funmi Martin’s younger brother.

Gistlover shared a video that showed the late actress’ younger brother stating that he has been responsible for the young boy. 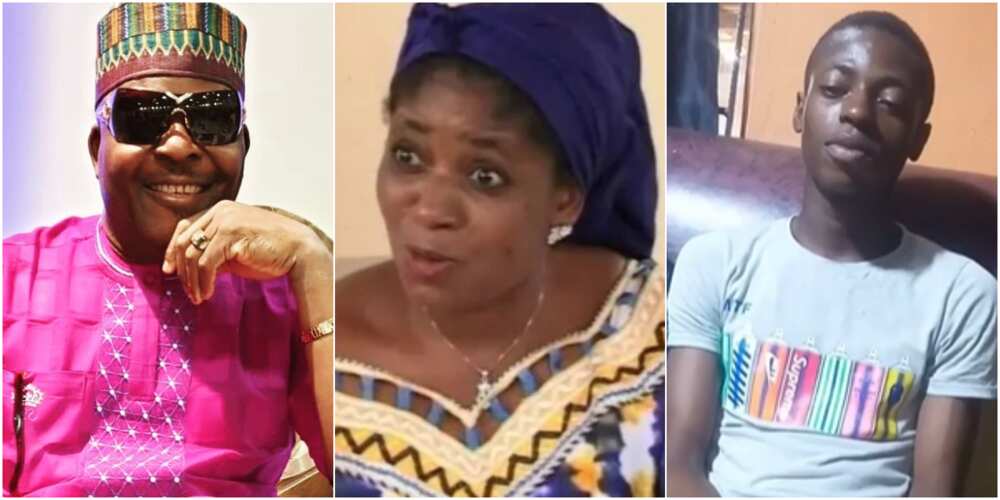 Sir Shina Peters speaks out after he was accused of abandoning the son he had with late Funmi Martins.
Photos: @sirshinapeters, @gistlover
Source: Instagram

Damilare also spoke and confirmed what the elderly man said. According to him, he doesn’t have access to his elder sister Mide Martins.

The young boy noted that whenever they meet at family functions, the actress would promise to help him but would later renege on her promise.

Watch Damilare and his uncle speak below:

In his defense, the musician responded and said that there were some past events responsible for the present situation. Noting that he doesn’t want to delve into the issue because of Damilare’s future, the singer promised to take care of the young man.

According to him, he has requested to have a meeting with Damilare and his uncle.

According to the mother of two, a relationship could break for lack of respect for each other.

She stated further other reasons a relationship could break which includes effort made by both parties, break in communication, love, time, and attention.

Mide stated further, “I am very sorry, please forgive me,” can fix a broken relationship.

BBNaija’s Erica hypes self as she shares beautiful new video, says she is the ‘full package’

BBNaija's Erica hypes self as she shares beautiful new video, says she is the 'full package'