– A woman, Shelley E Underwood, who life dealt a big blow as she became a single mother of five has risen above it all

– Ten years later, the woman now has a good career, financial stability, and a home of her own

The saying that what does not kill you only makes one stronger may be true after all. A woman, Shelley E Underwood, has shared how she overcame her struggles and got to a place nobody would have thought she would get to.

She said ten years ago in 2010, life became unbearable as she became a single mom to five boys and had to rely on welfare to survive.

Shelley said she did not have any career to fall on during those dark times of her life. In 2020, the same single mother bought her own house.

According to her, she is now financially buoyant. The proud mum said:

“The wonderful thing about hard work: anyone can do it and eventually it really does pay off.”

The woman told those going through a hard time that things would always become well again as she asked them to keep pushing however they can. 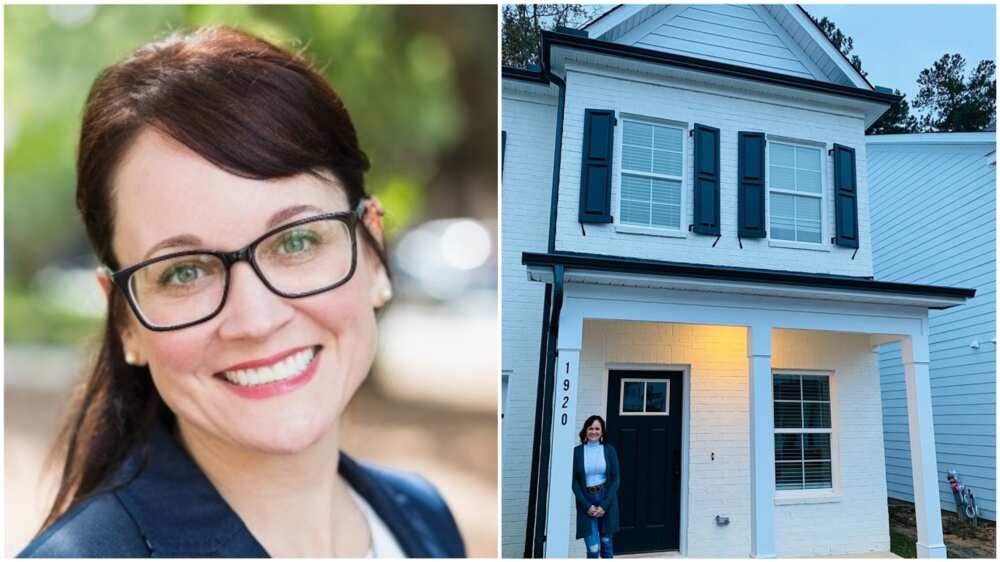 The woman said that everything is achievable through hard work.
Photo source: Shelley E Underwood
.

Her post on LinkedIn has already gathered close to 400,000 as at the time of writing this report with over 22,000 comments.

Meanwhile, Bioreports earlier reported that a man with the Twitter handle @BowmanDev showed how learning some computer skills changed his life forever.

In a Twitter post on Saturday, November 28, the man shared two photos that showed how everything became better for him in two years.

The first photo showed a dirty-looking cramped sleeping compartment at the back of a truck where he started from, while the second frame showed a beautiful house that he bought.