– The Koroba singer was nominated alongside American singer, Beyonce

Nigerian singer, Tiwa Savage, has been nominated alongside several other international artists in the UK Music Video Awards.

Tiwa whose Celia album has continued to enjoy massive airplay bagged two nominations in the award scheme which is an annual event to honour music visuals for the UK and international arts.

Tiwa’s hit song, 49-99 is the tune selected to run for Best styling in the R’n’B/ Soul Video international category. 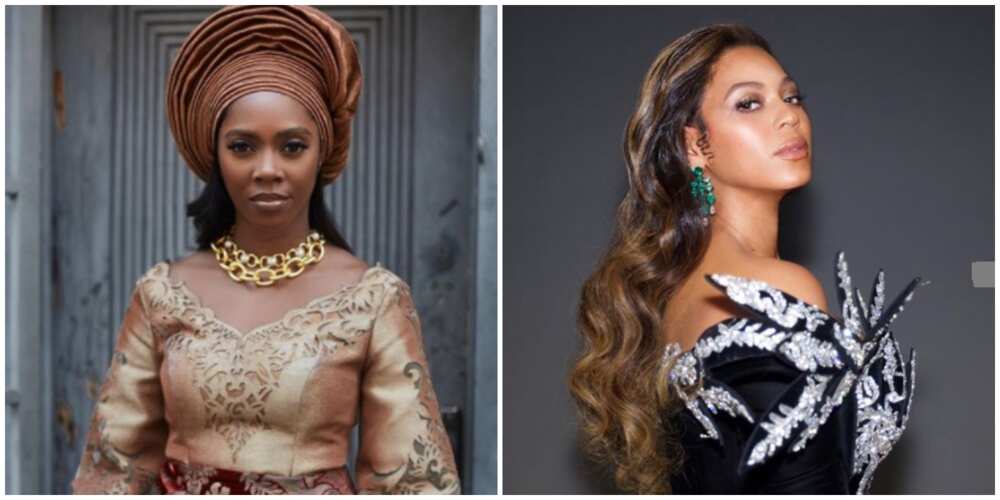 The Koroba crooner will be going against international stars like Beyonce, Gregory Porter, Yeseult and Marvin Gaye.

Below are the two categories the 40-year-old singer was nominated in:

Best Styling in a Video

Nominations for 37 awards at this year’s UKMVAs include the areas of best video by music genre, technical achievement, live, lockdown, special project, music film, and the individual and company award categories – all chosen by the MVA Jury Members, comprised of members of the UK music video industry. Here is the full list of nominations.

A while ago, she narrated that she once lived from hand to mouth in a shelter meant for poor people with drug addiction-related issues in New York because she had little or no money.

The music star revealed this during a surprise party just for 20 guests organised by her friends to celebrate her latest album Celia.

In an emotional laden voice, while appreciating her friend Elizabeth Elohor of Beth Model, Tiwa said she was 22 when she was living at the shelter. She explained how difficult it was for her meeting her needs because she could not work as an international student.

Due to her inability to work and augment whatever she was getting from home, that made her settle for Bedford–Stuyvesant better known as Bed-Stuy, which is a project dedicated to poor people with drug-related issues in New York.