– Nigerian music star, Naira Marley, has reacted to a viral video of a little girl dancing

There are no doubts about the number of talented Nigerians and social media has been able to bring them into the spotlight.

In many homes, it is normal to see kids who are timid perhaps due to the discipline of their parents but some folks have been able to nurture confident kids who are not afraid to show off their skills. 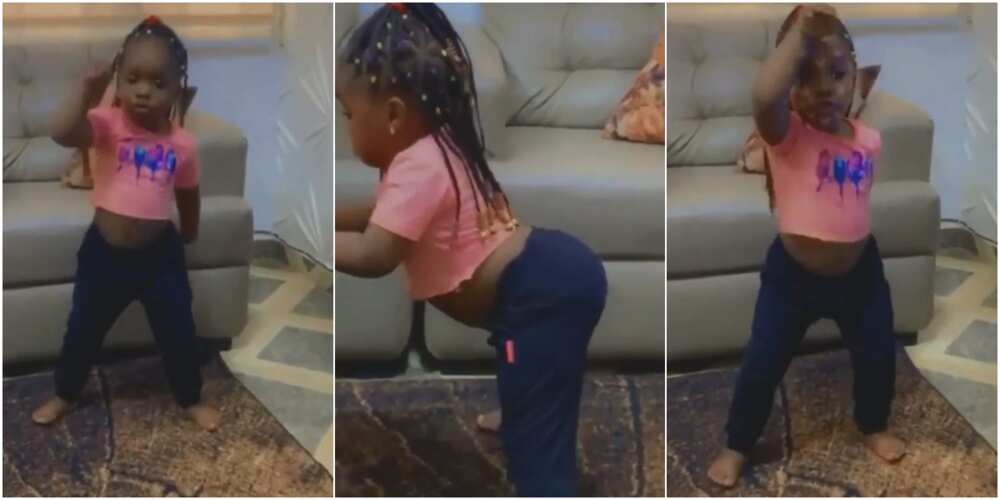 In the video, the little girl wore cute pink top and blue joggers as she danced while her mother recorded her.

The little girl identified as Darasimi wowed many with her dance moves and even the impressed singer reposted the video on his page.

In his caption, he said she was his daughter and asked her mother to bring her to him.

“#koleyewonchallenge @darasimi0330 u sure say I no be ur dad? Egbami ooo @debbie_shokoya ba mi gbe omo mi wa o”

See another video of the little girl dancing:

However, fans of the singer had mixed reactions to the little girl’s dancing. While many were entertained by it, others did not know what to make of it.

“I really don’t know if this is good or bad parenting.”

In other similar news, Bioreports reported that the same little girl was spotted dancing to Bella Schmurda’s Cash App song.

What amazed many when her clip surfaced on Twitter was that she sang along as she watched the music video.

The kid did the popular hand moves popularised by Zlatan Ibile and combined it with the legwork known as gbese.

Burna Boy or Naira Marley: Whose show would you rather attend? | Bioreports