– The singer who recently had an interview with The Guardian Life Magazine talked about his impostor syndrome, FEM among other things

– Davido recently released his much-anticipated album, A Better Time, which has proven successful so far

Nigerian singer, David Adeleke better known as Davido, recently had an interview with The Guardian Life Magazine and clips from the interview shows him opening up about his music. 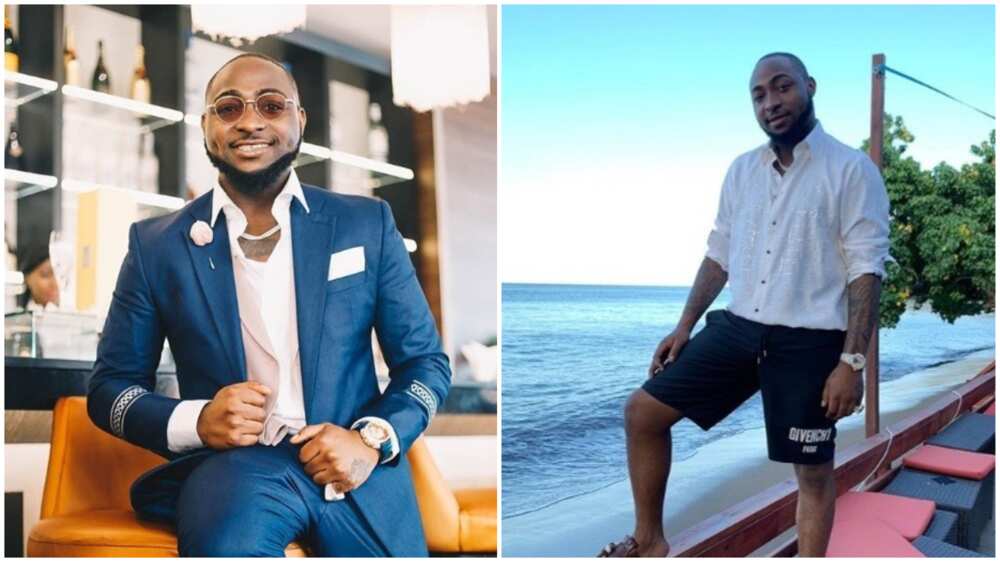 The singer said he would love to be remembered for his service to humanity.
Photo credit: @davido/Instagram
Source: Instagram

The singer whose hit single became some sort of an anthem during the #EndSARS protests explained that he didn’t see it coming and had even been accused of making the song specifically for the protest even though he recorded it months before.

The father of three also talked about impostor syndrome and how he sees it as a challenge to keep doing better.

On what he would love to be remembered after he is gone, Davido mentioned his service to humanity.

“‘I would want to be remembered for a lot .. not just music to be honest .. that I served for humanity .. I served the people and a lot of people gained from my blessing , I gave my family a good name and I gave Africans a good name – “

Davido who just released his highly anticipated third studio album A Better Time a few days ago praised one of the artists on his music label Davido Music Worldwide (DMW) Mayorkun.

Mayorkun who was born Adewale Mayowa Emmanuel to actor parents shared a video of himself singing to Davido’s latest album, A Better Time, and at the same time, praising him for blessing Nigerians with lovely and great music.

The Eleko singer tweeted a video of him sang and danced that he learnt music from the boss, referring to Davido.

Headies Next Rated: Fans argue over who is more deserving between Laycon and Omah Lay

UK to borrow £394b to increase doctors’ pay, tackle recession

Our Reporter The United Kingdom (UK) is set to borrow £394 billion to deal with the economic impact of the...

Turning the table on poor state of primary healthcare