– Davido recently shared a cute photo with his son, Ifeanyi

– In the photo, the singer is seen holding the baby boy whose back is to the camera

– Ifeanyi is his third child and first son whom he had with fiancee. Chioma Rowland

David Adeleke better known as Davido’s break from social media appears to have rejuvenated the Nigerian superstar singer judging by his recent posts following his comeback.

The hitmaker recently melted hearts when he took to his Instagram page to share a totally adorable photo of himself with his son, Ifeanyi. 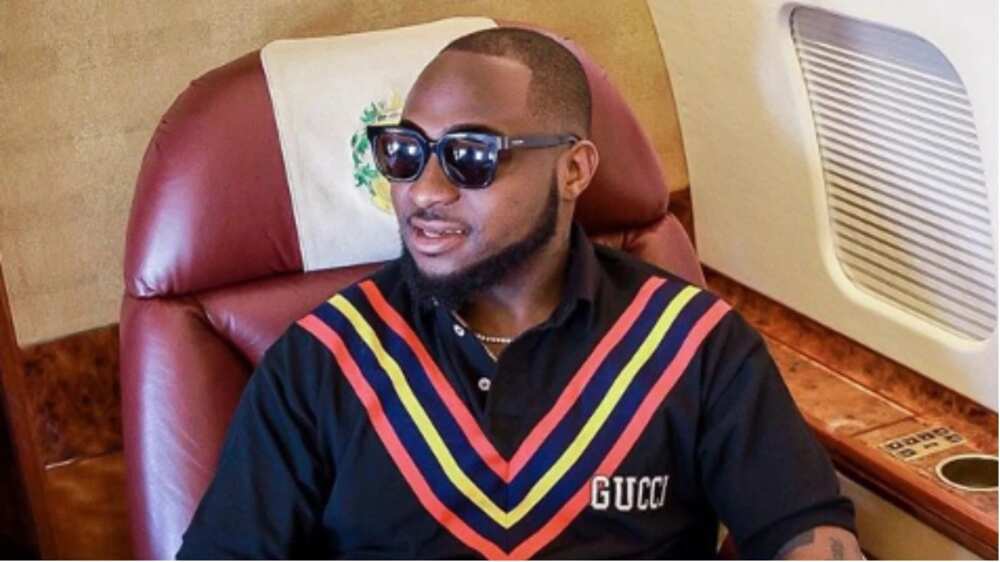 The singer who welcomed Ifeanyi – who is his third child and first son – with chef fiancee, Chioma Rowland has managed to keep the baby’s identity hidden from the media.

In the photo shared, Davido is seen holding the baby boy who has his back to the camera while he touches his father’s smiling face.

Sharing the photo, he kept it brief but affectionate with the caption: “Junior”

Davido whose return to social media came with a bang after he dropped his latest single, FEM, has kept many fans buzzing with excitement.

Hours after releasing the song, he dropped the visuals.

Taking to Instagram, Davido shared a snippet of the music video. The video which starts off with the singer coming out of a private jet proceeds to show him riding a desert bike with his entourage on the road.

The father of four seems to have impressed his first daughter, Imade, with the song so much that she had to do a pose for it.

FEM is an onomatopoeia for ‘shut up’ and this is what the animated version of Davido is seen doing on the cover art for the new song.

Imade in a recent Instagram post, is seen with a caucasian friend doing the pose while the music video plays in the background which coincidentally, shows Davido doing the same thing.

Also, in his usual fashion, Davido who never gives a chance for social media bullying was quick to clamp down on an individual who came after him on Twitter.

The Twitter troll identified as @merostan had called out Davido and submitted that he could not manage to get on the top trending topics in the country despite his attempts at seeking attention.

Sunny Nwankwo, Aba A 35-YEAR-OLD man Samuel Kalu has been killed by gunmen in Aba, the commercial nerve of Abia...