Sensational Willian inspire Arsenal as Aubameyang, Lacazette, Gabriel get the goals against Fulham

Ighalo out, Bailly on bench as Manchester United clash against Brighton and Hove Albion

– Fulham vs Arsenal kicked off the 2020/2021 English Premier League season on Saturday, September 12

– Lacazette, Gabriel and Aubameyang all found the back of the net for the Gunners

It was a Willian show on Saturday afternoon as the English Premier League 2020/2021 season kicked-off in style with Arsenal defeating hosts Fulham 3-0.

Former Chelsea star Willian had a remarkable performance in the fixture completing a hat-trick of assists as early as the 57th minute to begin his journey at Arsenal in style.

Alexandre Lacazette opened the scoring as early as the 8th minute when he tapped-in from close range after goalkeeper Leno spilled the ball to his path from a Willian effort; after VAR check, the goal stoood and Arsenal were 1-0 up.

Mikel Arteta’s men looked so bright all through the first-half, but somehow both teams went into the break with Arsenal leading with just a goal.

The second goal came in the 50th minute after a perfectly-delivered corner into the six-yard box by Willian was shouldered home by Gabriel who outmuscled his team-mate Hector. 2-0.

Fulham would have pulled one back as they tried to work something down their left and Hector Bellerin wrestled Cavaleiro to the floor as the Fulham man tried to get past him, a foul ensued and the Arsenal man was shown a yellow. 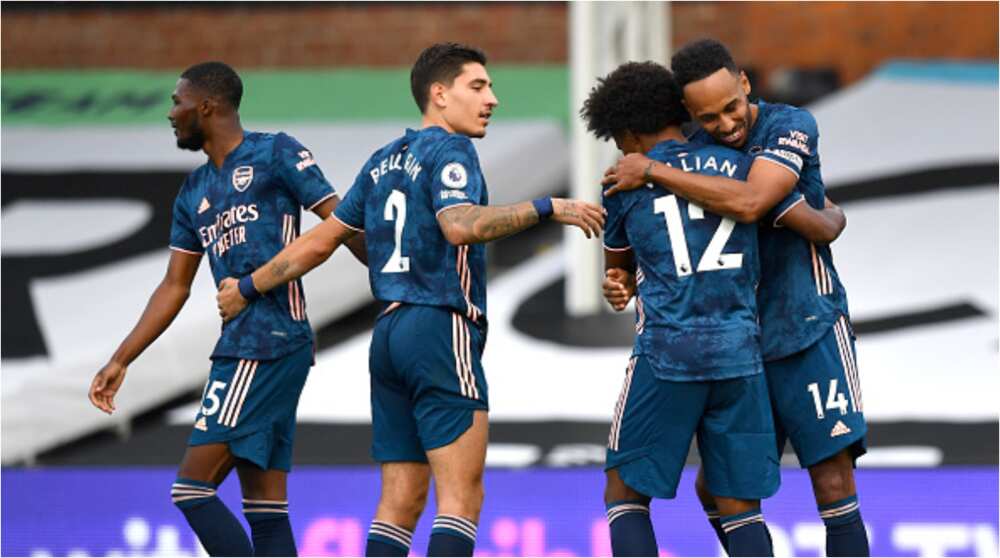 The third goal came in the 57th minute with a sublime finish by Arsenal captain Pierre Emerick-Aubameyang.

Willian had the ball on the right, dinking it across to Aubameyang on the left side of the box; the Brazilian simply cut inside the defender and curled home a lovely shot to get himself up and running in the Premier League for this season.

It ended; Fulham 0-3 and the Gunners beging their 2020/2021 Premier League campaign in spectacular fashion.

Meanwhile, Bioreports earlier reported that Declan Rice becomes the latest Chelsea target after the Blues have gotten their bid for Edouard Mendy accepted – with Frank Lampard now turning his attention on the West Ham star.

Senegal international Edouard Mendy is reportedly on the verge of joining Premier League outfit Chelsea this summer with reports that the he is already on his way to London.

The 28-year-old goalkeeper is expected to have his medical at the Cobham training complex this weekend.

From Chris Njoku, Owerri The Indigenous People of Biafra (IPOB) Saturday denied allegation that it is responsible for the purported...