See what these security officers did after they found this woman’s N94k, money owner react (photos)

– Melanie Giezing shared the story to Facebook group #ImStaying and thanked the two security guards for returning her R4 000 (N94,720.52)

A South African lady has shared an inspiring story on Facebook group #ImStaying about two security guards who returned R4 000 (N94,720.52) in cash to her. Melanie Giezing withdrew the money with the intent to buy a part for her car. When she arrived at the car part shop she realised she did not have the money she withdrew.

Arriving back at the bank after her realisation, a security guard approached her to ask what was the problem. She explained her situation and he then called another security guard, who had her cash on hand.

Melanie said the security guard had kept the money with him awaiting the owner’s return. They planned to check security footage of who withdrew the money if no one had returned to collect it. Melanie took down their names and promised to give them something when she received her pension. 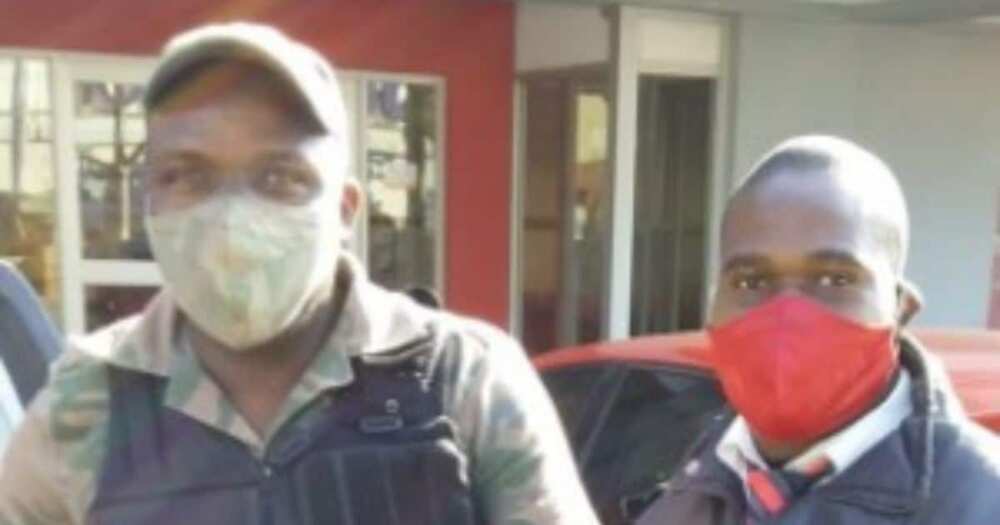 These honest security guards returned R4 000 to the rightful owner who forgot it at an ATM. Source: Melanie Giezing #ImStaying / Facebook
.

Bioreports took a look at some of the comments left by Stayers.

“Well done, integrity is something money cannot buy. Wish there were more people like you in the world, what an incredibly different world it would be.”

“The way that it is known that they earn peanuts but they still have that heart of not taking what isn’t theirs God is great and he is gonna bless them abundantly.”

“May God Almighty bless them and their families may their pockets be filled with lots of money. South Africa needs people like them.”

“That’s one of the best stories I’ve heard in a long time. Bravo to both honest men.”

Meanwhile, Bioreports earlier reported that the federal government through the Nigerians in Diaspora Commission praised the good virtue of Ikenna Nweke, a Nigerian in Japan who returned a lost wallet that contained a huge sum of money and a credit card.

Abike Dabiri-Erewa in a statement on Sunday, June 28, said Ikenna’s character is the true representation of Nigerians all over the world.

Woman who returned millions found at the airport speaks | Bioreports