– A Nigerian lady, Adanna Nwaokolo, has taken her displeasure over the service she got from an airline to social media

– Adanna said that instead of a printed copy, the air transport company gave her a handwritten one

A Nigerian lady, Adanna Nwaokolo, earlier came on Twitter to reveal the subpar service she got from a Nigerian airline company.

In a post she made on Monday, November 30, the lady posted the handwritten boarding pass she got, quoting with:

Adanna’s tweet quickly went viral as people had different things to say about the state of the country’s aviation industry and how airlines operate. 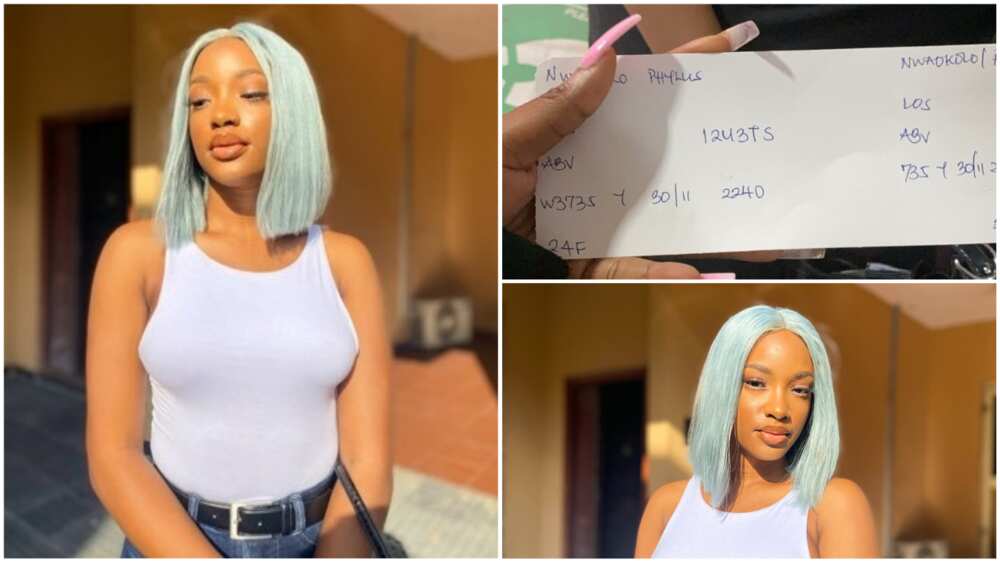 Her post has been trending on the platform since she made it with people adding more reactions and linking it with what is going on in the country.

As at the time of writing this report, her tweet has over 4,000 likes, close to 2,000 quoted replies, and thousands of retweets.

“I guess the printer is faulty so, they improvised by handwriting it so as not to delay passengers from boarding. Issues like this isn’t regular but happen once in a while.”

“This has to be a flight from Ikotun to Okokomaiko.”

“You can actually write this thing yourself at home sha. Stand for outside ya gate, plane go come pick you there.”

“Which airline is this? Seriously I won’t enter a plane whose airline is writing out boarding passes. But nigerians don’t value their lives. It’s the same mindset that makes us enter a dead looking vehicle. But this is a plane! A plane for christ’s sake.”

“You never see anything. You’re lucky they even have money for ink self. Next one they’ll use pencil to draft it.”

Meanwhile, Bioreports earlier reported that a Nigerian man raised the standard for public proposals as he asked his girlfriend, Kemi, to marry him onboard an international flight.

What’s special about being a Nigerian? | Bioreports