– Top Nigerian singer, Davido, is no doubt a doting father to all his three children

– The music star recently took his eldest daughter, Imade, to work with him

The music star is no doubt a celebrity who shows great love to all his three children despite not having relationships with some of their mothers. 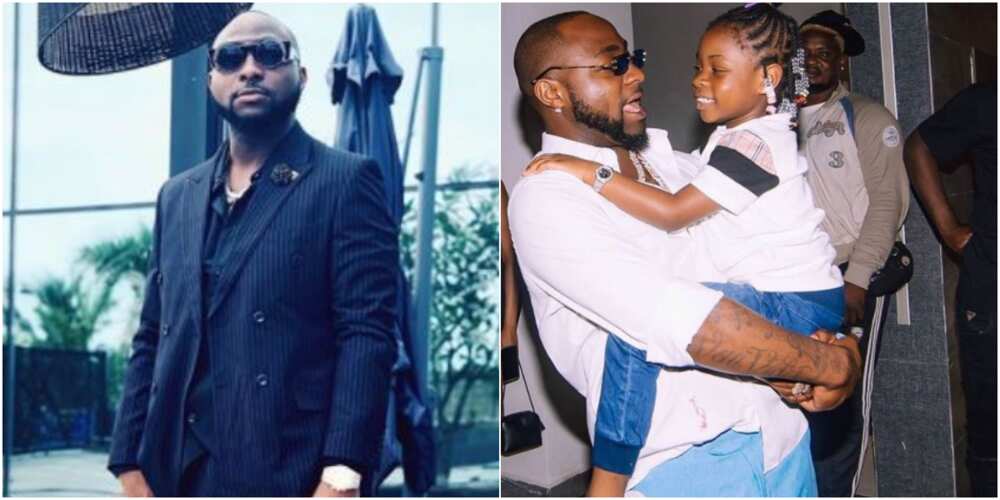 Seeing as it was a rare occurrence, snaps of the special moment was taken to preserve them in memory.

In the photos, Davido was seen flanked by his daughter who wore a cute blue and white dress with white leggings and a white pair of sandals. The singer on the other hand opted for a simple black t-shirt with blue jeans and simple footwear.

The adorable photos were shared on Imade’s Instagram page and followed with a caption that showed that it was a ‘take your daughter to work’ kind of situation.

“Take your daughter to work day.”

See the cute photos below:

In other Davido-related news, Bioreports reported that the singer recently acquired a landed property in Abuja worth N48m.

The great news was shared with his fans and followers on the official Instagram page of his record label Davido Music Worldwide.

In a video shared, the father of three stood beside a man who made the announcement of the singer’s new purchase.

The men were seen holding a document described as the letter of allocation and it revealed some details about the singer’s new acquisition.