See how this man’s fortune changed after ASUU strikes made him overstay in school, UK university gave him this (photos)

See where they are dumping exotic vehicles, fast cars like Rolls Royce in Dubai (video)

– The young man added that before he got the UK scholarship, he had tried so many in Nigeria to no avail

A Nigerian man, Gift Odoh, has finally triumphed despite the long years he spent in school for a programme he ought to have finished sooner.

In a post he made on LinkedIn, Odoh said that he wasted two extra years on a 5-year-programme because of ASUU strikes and “unnecessarily long sessional breaks”.

He said that while he was in school, some of his mates who went to private schools had gone into other phases of their lives like marriage.

The Nigerian man said that even his one year compulsory National Youth Service Corps (NYSC) service was not really what he wanted.

He added that many Nigerian scholarship programmes rejected him. As a big victory over his challenges, the University of Nottingham gave him a whopping £24,390 scholarship. 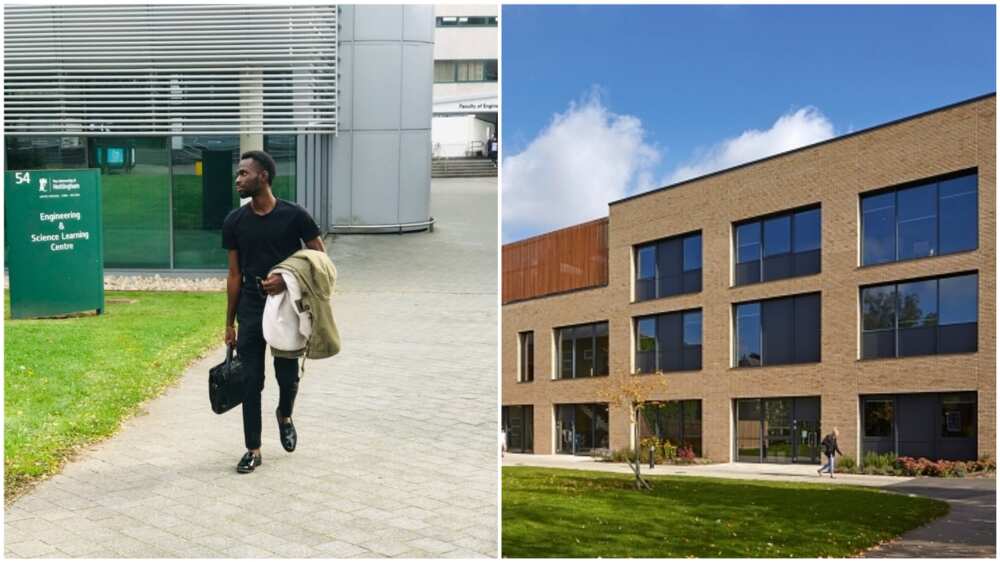 Below are some of the comments his post got:

“Congratulations! Your patience, resilience and your focus has kept you in the ‘running’ game. Now, during those hardship times of feeling ‘left-behind’, you have actually developed certain skills which only comes with ‘being there and done that’, these are aces up your ‘sleeve’, I like to refer to such skills sets as ‘Secret’ powers – you got this”

“My brother it’s is well I’m still in the very system where I will be forced to stay for two years in my final year it may even be more than that I’m suppose to graduate this November 2020 I have not even written first semester exams as of now, now the year is almost gone no hope I’m fast approaching 30s…”

“I am happy you never allowed the system and achievement of others to thwart your vision, mission and purpose for your life. Good you stayed on and followed your dreams.”

Meanwhile, Bioreports earlier reported that a Nigerian identified as Enyo Sam Odiba on Facebook on Wednesday, September 23, narrated how that he could not gain admission into a Nigerian university after writing the Joint Admissions and Matriculation Board (JAMB) exams in 2016 and 2017.

When he registered for the third time in 2018, he never showed up for the exams because he already lost interest in Nigerian universities.

The 36 Hottest Holiday Toys for 2020–Picked by Kids

Our Reporter Oba of Benin, Oba Ewuare 11, has officially announced the birth of a princess, whose birth coincides with...

How to stay safe from ‘yellow-fever’ disease