– Shai Moss and her mother, Joie Chavis have again both shown their amazing dance skill

Shai Moss, the daughter of American Singer Bow Wow, has shown off some good dance moves in choreography with her mother, Joie Chavis.

In a clip posted by a Twitter handle @no_username_bih, the daughter led as her mother joined her dance to Cdot Honcho’s Mhm Mhm.

Many said that the little girl is going to follow in the footstep of her father someday and become a star.

Shai already has an Instagram page, which is managed by her mum, with over 300,000 followers.

At the time of writing, the dance video has been seen by over one million people and has over 208,000 likes.

“I think they rushing her to be grown. I often find these dance moves to be inappropriate…”

“She gets all that from her momma.. all that energy and the mannerisms.” 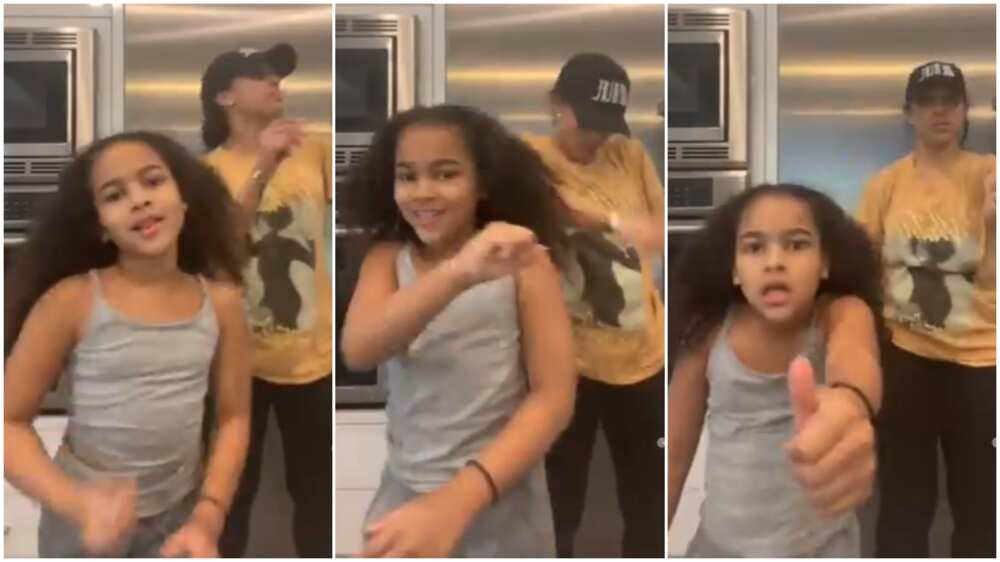 “Well, Bow wow was a teen star himself. It’s in her blood.”

“Bow Wow is her daddy but her mother is the dancer.”

“She is so pretty! She just got her first role too I can’t wait to see it.”

Meanwhile, Bioreports earlier reported that in another video that the mother and daughter vibed to Ariana Grande’s 34+35 with amazing dance moves.

The clip has been watched over a million times after it was reposted on Twitter by the handle @CreoleBabyBritt.

In similar news, a black kid slugged it out with a white lady in a dance ‘contest’ and the result was amazing as people said they both are entertaining.

Karina Palmira danced with the boy to some traditional African beats. It was gathered that the boy asked Karina, a professional dancer to teach him some moves. The clip has been watched over 350,000 times.