Reverend Joseph Hayab and Sheik Abdulahi Maraya, who are known as the “Kaduna twins” are doing great work to bring communities together in Kaduna.

The British high commissioner to Nigeria, Catriona Laing, took to her Twitter page to share a picture the clerics took together.

“Meet the ‘Kaduna Twins’ aka Rev. John Hayden – Secretary General of Christian Association of Nigeria – and Sheik Halliru Abdullahi Maraya – Islamic Scholar – They are doing great work to bring communities together in Kaduna.” 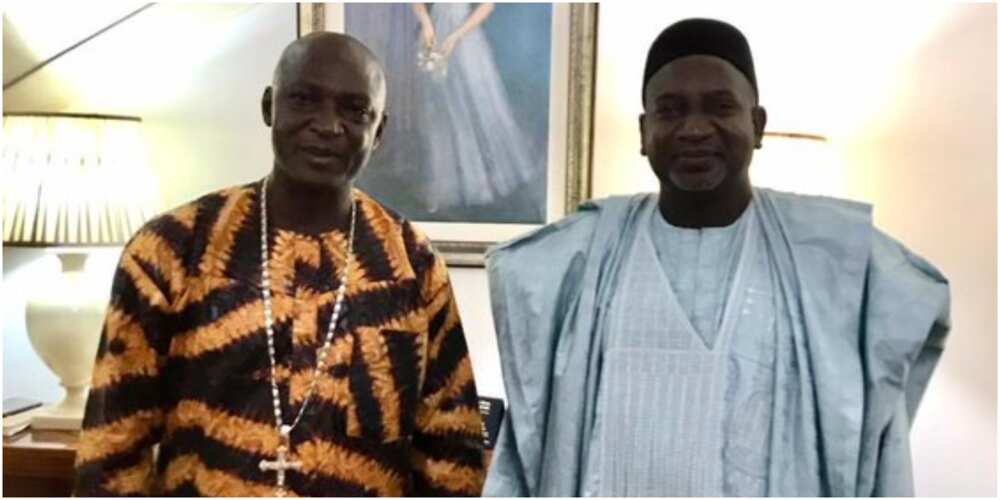 In a report by Global Peace Foundation, Reverend Hayab said Sheik Maraya is a man who loves God.

“I find in Maraya a man who loves God and I love him and am proud of him. Saying negative things about Christians or Muslims is not an education; it is an incitement. How can you win people [over] when you don’t respect them – when you don’t trust, tolerate and appreciate them?”

Speaking about his friend, Sheik Maraya said when he first met Reverend Hayab, his first thought was that he had met someone from his “original family, the family of Adam and Eve”.

“The first thing expected as a Muslim is that whenever you meet another human, if younger than you, you consider him a younger brother or sister.”

Meanwhile, Bioreports previously reported that the general overseer of the Redeemed Christian Church of God (RCCG), Pastor Enoch Adeboye, celebrated Bishop David Oyedepo of Winners Chapel on the occasion of his 66th birthday.

The cleric took to his Twitter page to wish Oyedepo well and shower him with encomium as the latter celebrated his big day.

According to Pastor Adeboye, Bishop Oyedepo has become a global phenomenon standing out as a light to his generation.