– As dancers came on set in a Tik Tok video, the baby gently walked to where the gadget was and made a fast run

People that say little babies could be playful as well as mischievous may be right after all. A kid became popular on Twitter after she pulled off big mischief on some adults.

In a video that has been watched over six million times on Twitter, the baby ran away with the camera that was set up for a dancing production.

What made her act very funny was that the dancers were already in their act when the baby suddenly came out of nowhere and took the gadget. 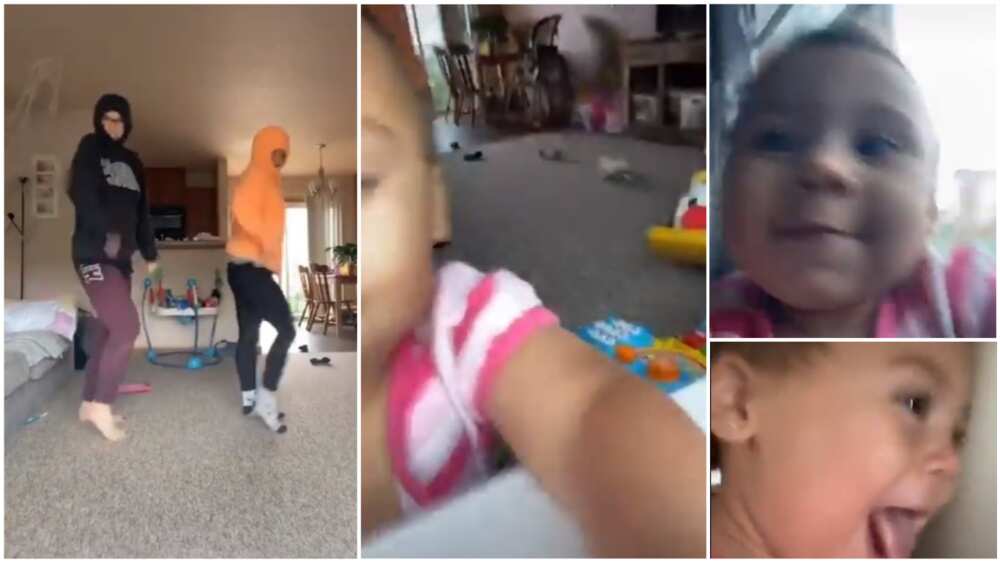 The camera, still active, captured the funny face the baby made while on the run. Many people who reacted to the video on the bird app said that they found her stuck out tongue so hilarious.

“The child got some wheels. I would start speed training immediately, that’s an Olympic hopeful right there.”

“When my kids were little long before tik tok, the toddler landspeed hand to mouth shovel records were held at the woolworths pick n mix counter.”

“I watch this video at least 6 times before commenting because it was so da*mn cute!”

“On God! She had the escape route planned before she grabbed it!”

“It’s the sticking out the tongue while running for me”

Meanwhile, Bioreports earlier reported that the saying that dogs are human’s best friends could be right in the case of a little girl whose video of her performing alongside a dog went viral.

In the clip that has been watched over two million times, the girl and her pet were in sync as they showed off some creative gymnastic moves.